Following the announcement of the Ryzen 6000 mobile processors announced earlier this year, AMD has unveiled its Ryzen PRO 6000 processors aimed at business laptops. 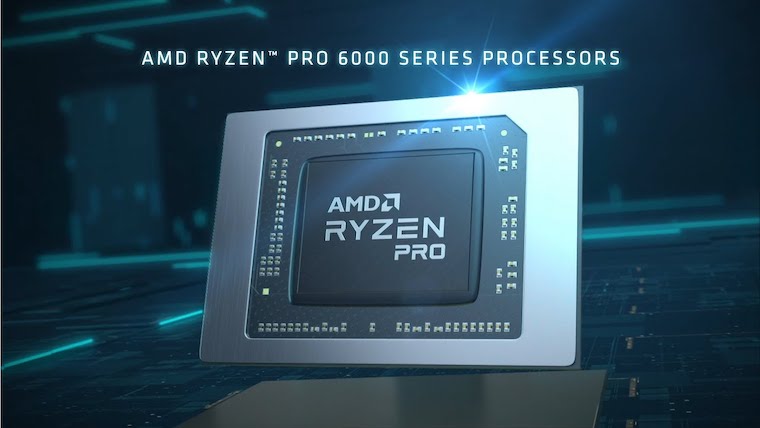 The new lineup consists of six H series chips and two U series. AMD is also offering a refresh of the Ryzen PRO 5000.

The Ryzen PRO 6000 chips are built on the new Zen 3+ architecture, using a 6nm node, and promise up to 30% faster CPU performance. It is equipped with RDNA 2 graphics for double the graphics performance.

Furthermore, AMD said that the Ryzen PRO 6000 demonstrates up to 17% faster performance than the competition when using MS Office apps such as PowerPoint, Excel, and Outlook while simultaneously running Microsoft Teams conferencing. Laptops running the latest processors also experience up to 45% longer battery life for Microsoft Teams conferencing compared to the competition.

Some of the first laptops to be powered by the Ryzen PRO 6000 are the Lenovo ThinkPad Z16 and the HP EliteBook 845. More are coming in 2022.