Asus is still carrying the Google Nexus 7 in the Philippines and remaining stocks are still being sold in local stores two years after the last generation was released. 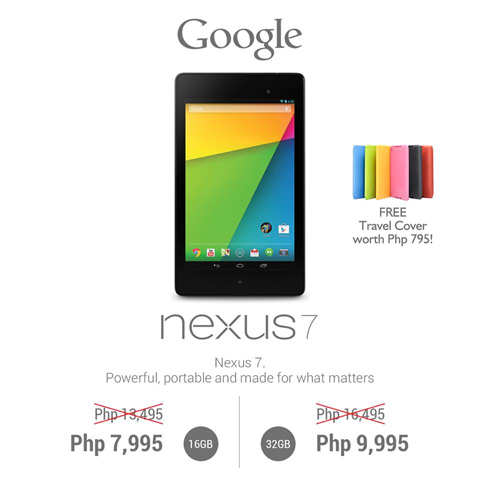 The official units are available in all GigaHertz and Villman stores nationwide until July 30. The promo comes with a free case cover worth Php800.

Abe, any apecific dates from ASUS?

I just checked in Megamall Villman and Asus Concept. Their P9995 price is still for the 2012 model. Their 2013 32gb LTE is still over 14k. The sales rep showed me the prices on their website (where they base all their pricing) and it doesnt reflect this promo. I would have gotten 1 already if the pricing was correct.

Had one. It bricked with lollipop update. As far as I know, Asus and Google have no official stance nor support on this. Check out twitter #nexus7bricked

Selling my z ultra for this lol. Pm me 10k 3 cases for free purple color. Small scratch/bump at the top corners

It’s still worth to have a nexus 7. Good deal na yan. Sure android M this year.