After the announcing the one-month suspension order of LTFRB to Uber yesterday, the company has filed a motion for reconsideration and has resumed their service operations. 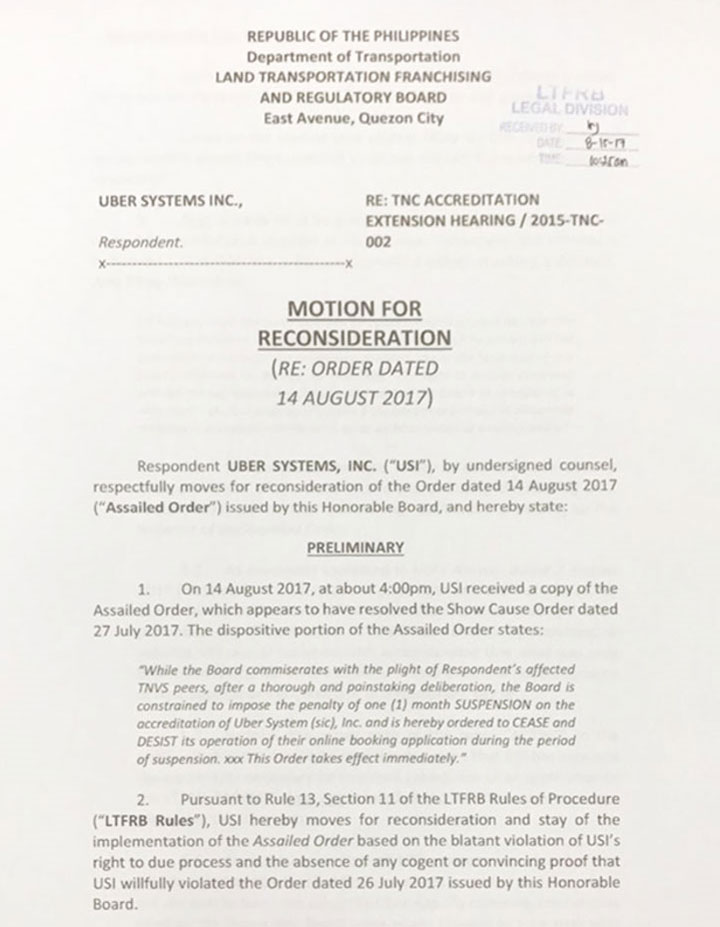 After the Facebook post of LTFRB stating that all Transport Network Vehicle Service (TVNS) of Uber shall be suspended for 1 month, Uber has stated in their facebook post that its services will resume until the motion is resolved. Its service is still available to Metro Manila and Cebu.

Update as of 8/15/2017: Uber’s Motion for Reconsideration has been denied by LTFRB.

If these people really are thinking about the commuters, they could have just delayed the suspension or quadrupled the penalty.

With all due respect to you morron, you know NOTHING ABOUT COMMUTING ASSHOLE!! You better have a basis and experience for you to say words you know nothing about shithead. Ive been struggling with what you jackass protect as safe taxi, having contract rides or asking +50 kc wlang pasahero pabalik, tang ina poblema ko b un gunggong kau, kundi b nmn kau mismu my ari ng mga taxi n yn. Gusto nyu kau lang kumita, d pkau nkontento sa tax nmen mga dorobo. Shit scavengers!!!!!