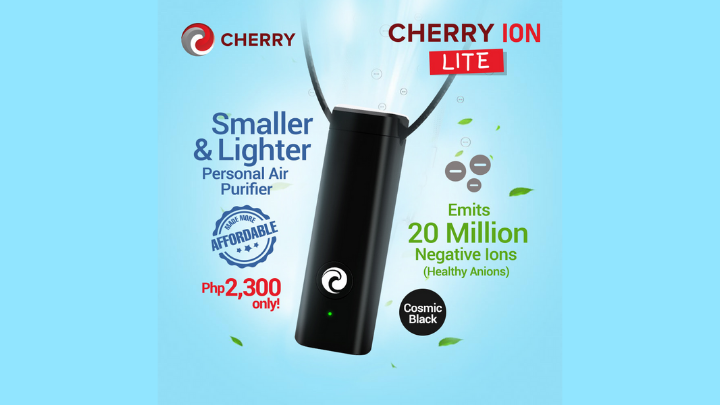 A younger sibling to the Cherry Ion, the Ionizer Lite features a sleeker and smaller design. Compared to its predecessor, the Ionizer Lite emits 20 million electrically negative charged molecules or atoms called anions in the air. These unions transfer the charge to polluting particles like those that carry viruses, allergens, cigarette smoke, and dust, which then gets attracted to surfaces, pulling them away from the user’s breathing space.

The Cherry Ion Lite will retail for PHP 2,300. Cherry is yet to announce its availability.