The Department of National Defense (DND) are set to acquire drones to bolster the Philippine Marine’s surveillance, security, and search rescue operations in the country. 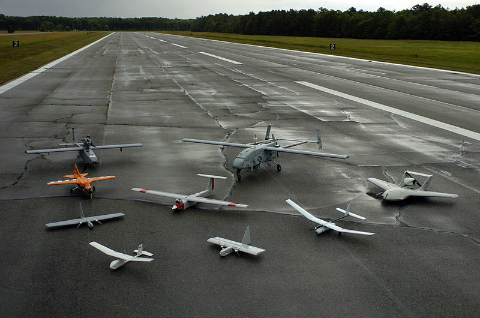 Mind you that these drones won’t be fair weather flyers like the Parrot AR Drone and other DIY drones that you see on the internet. These are more likely to be small and lightweight, hand-launched types that can operate in harsh environments. One example is the RQ-11B Raven by Aerovironment which was featured in the 2012 movie Act of Valor.

“It will serve as our eye in the sky without the risk of personnel casualty,” said Lt. Commander Gregory Fabic. “Since a drone has a camera, the area to be covered by reconnaissance operations will be wider. It can also help us detect missing persons.”

Companies can now start submitting their bids for the project with a deadline set on January 6, 2014.

They should just use those toy copters from Toy Kingdom.

Those drones better use an encrypted transmission or else it can be hijacked by those hackers out there.

AR Drones: Taking your child’s remote controlled-plane toy to the next level

as long as it doesn’t fly on Windows OS, our AFP drones will be okay…

no operating system is safe. it doesn’t matter what OS they will use.

I just hope that they don’t get hacked and fall in the wrong hands.
I mean, it did happen somewhere else.