Twenty-two years after FAA and FCC prohibited the use of cellphones inside an airplane; the ban has recently been lifted off – allowing passengers to leave their portable electronic devices on provided that it’s switched to Flight/Airplane Mode. 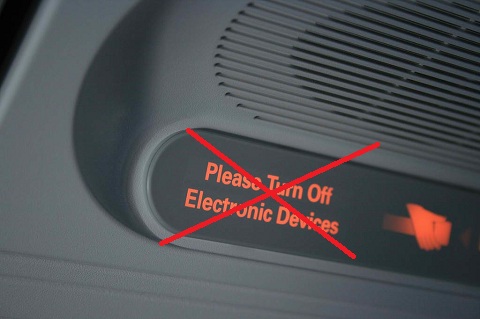 Following this long-delayed ruling, JetBlue Airways and Delta Airlines announced that their passengers will no longer be asked to turn off their smartphones, MP3 players and/or tablets during flights; even in altitudes below 10,000 feet. However, there are some instances (like landing with low-visibility) where you’ll be asked by the flight crew to switch off your gadgets for safety reasons.

Other American airlines are said to follow suit, but will have to undergo clearance from the FAA before they can implement this new policy. Hopefully, local airlines too will have a change of hearts regarding this matter, and soon.

someone
Reply to  wew

Yes mababa ang chance. In recent memory, wala naman akong nabasang incident regarding this. Pero if there’s a chance, no matter how small a percentage it may be, I wouldn’t risk it. If others want to gamble with their lives and use a their cellphones on an aircraft, then go ahead and risk your own life. Pero wag na nila idamay yung mga taong sumusunod sa batas na ayaw naman magtake ng risk.

Lmao no. I have never ever turned off my phone (or at least put it in flight mode). For the record, nothing happens. Big shoutout to PAL flight attendants.

true or not na may effect ang mga PED sa aircraft instrumentation, i’d rather be safe than wait for something bad to happen.

I don’t need to follow them because I know I’m right. We’re done with the dark ages, this is 2013 already.

give people freedom and they’ll find a way to abuse it :P

But still, as long as there are no 100% guarantee that open PEDs does not affect flight instruments, I have no issues sacrificing the 10-30 minutes of using my device if asked to :)