Facebook recently announced that they have discovered a photo API bug that may have exposed a broad set of user photos to third-party apps for 12 days between September 13 to September 25, 2018. 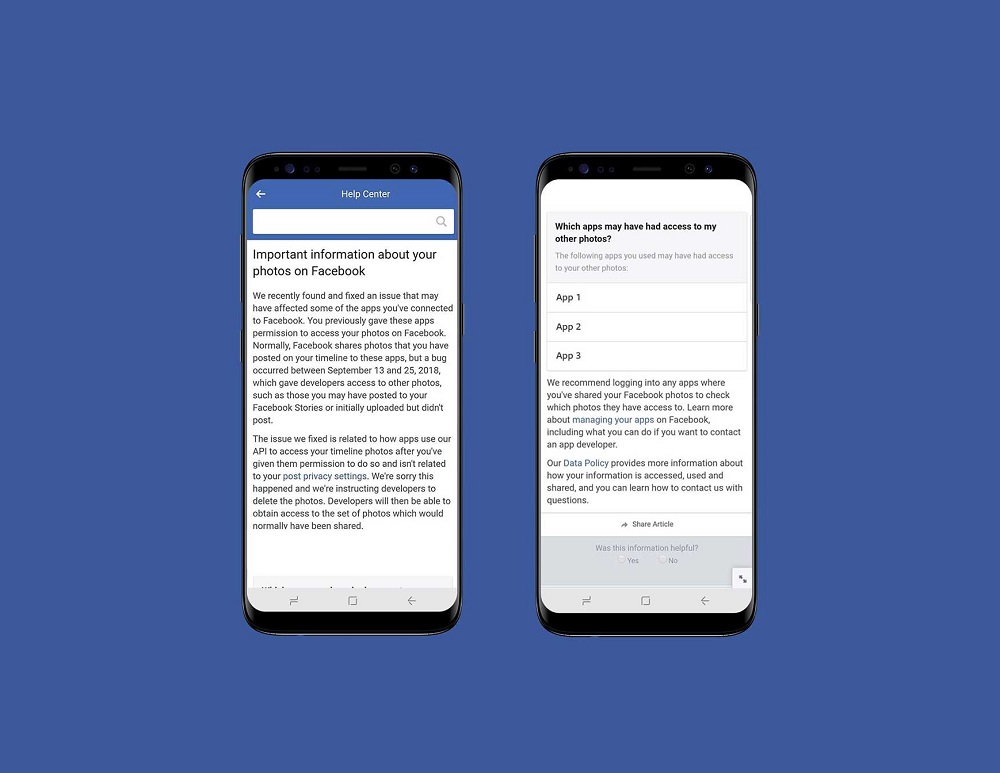 Facebook has already fixed the issue but believes that it may have affected up to 6.8 million users and up to 1,500 apps built by 876 developers. The only apps affected by this bug were ones that Facebook approved to access the photos API and that individuals had authorized to access their photos.

As usual, Facebook is sorry and will rollout tools for app developers that will allow them to determine which people using their app might be impacted by this bug. Facebook will also work with those developers to delete the photos from impacted users.

Affected users, on the other hand, will receive an alert on Facebook. The notification will direct them to a Help Center link where they’ll be able to see if they’ve used any apps that were affected by the bug.