Google updates Chrome OS to better integrate with other devices

During the latest CES and Google’s I/O Developer Conference, it was announced that new features would be coming to ChromeOS to have working across devices much easier.

It was recently announced in their Official Blog that those features will now start rolling out to Chromebooks for users with Chrome OS 103.

Google announced Phone Hub last year, a built-in control center on Chromebooks to help you respond to texts, check your battery, turn on tethering, and more. 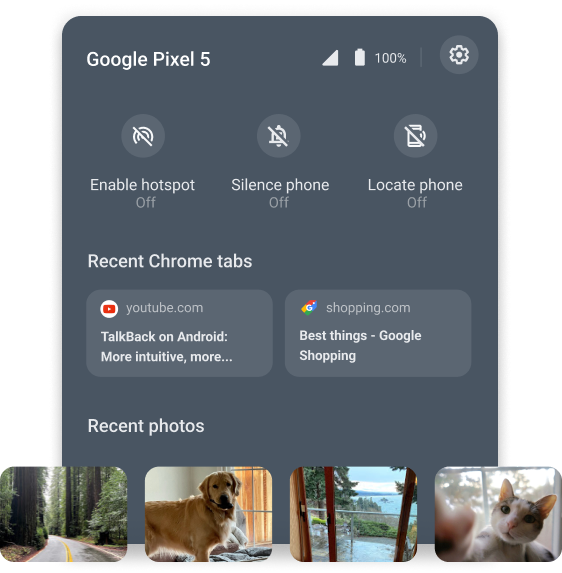 Now, Phone Hub will feature a Recent photos section for you to access your latest photos even when you’re offline. After taking the picture with your Android phone, it will appear under Phone Hub on your Chromebook.

This allows you to download the image by simply clicking it on recent photos and eliminating the need to send yourself photos or go through Google Photos after it has backed up.

Nearby Share has been out for quite some time now but Google has added Sharing Wi-Fi between Chromebooks and Android devices via Nearby Share available.

This means you’ll be able to use your Android Phone and Nearby Share to connect a Chromebook to any saved Wi-Fi network. Eliminating the need to remember your Wi-Fi password altogether.

To try this feature, go to the internet setting on your Android phone and select “Wi-Fi network” and “Share”. Then tap the “Nearby” tile under the QR code and select the Chromebook you want to connect to the Wi-Fi.

Connecting Bluetooth headphones and other compatible accessories to your Chromebook is made easier with Fast Pair coming later in the summer. 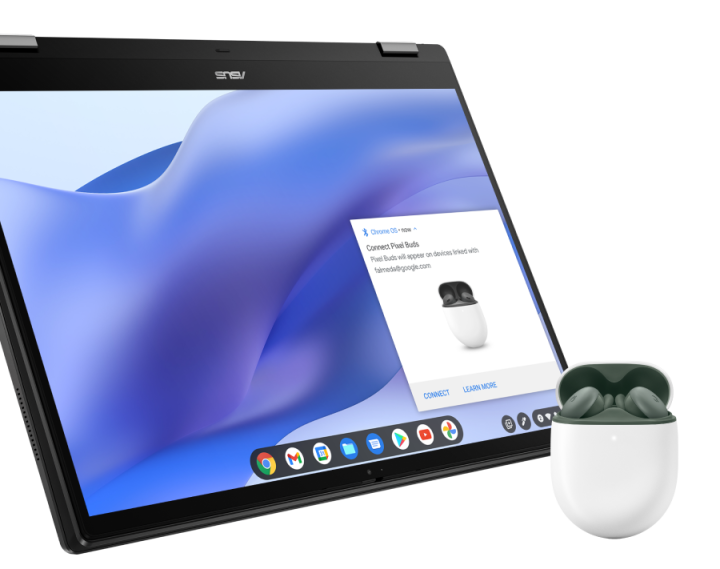 Fast Pai will automatically detect when a new pair of Bluetooth headphones are on and are ready to set up. A simple tap on a pop-up notification will allow you to connect easily.

Fast Pair also saves the connection on your Google Account, allowing you to seamlessly connect your headphones to your Chromebook or new Android phone in the future.

This makes it easier for users to record presentations, demos, or instructional videos. With users even being able to draw or write on the screen using the touchscreen.

Screencast will roll out by the end of the week and is accessed by tapping the Everything Button and searching for the Screencast app.