Following her historic win at the Tokyo Olympics 2020, Hidilyn Diaz was recognized as the most searched athlete on Facebook. Hidilyn Diaz ended the country’s gold-medal drought by winning its first gold medal after beating out China’s Liao Quiyun. After her historic achievement, fans all over the world have rallied behind her on social media, specifically on Facebook and Instagram, by giving her an outpouring of support and recognition. The newly crowned gold medalist is the most-mentioned athlete on Facebook. Diaz overtook American gymnast Simone Biles and Brazilian skateboarder Rayssa Leal. On the flip side, she’s also the third most-mentioned on Instagram across the globe over the past 24 hours. 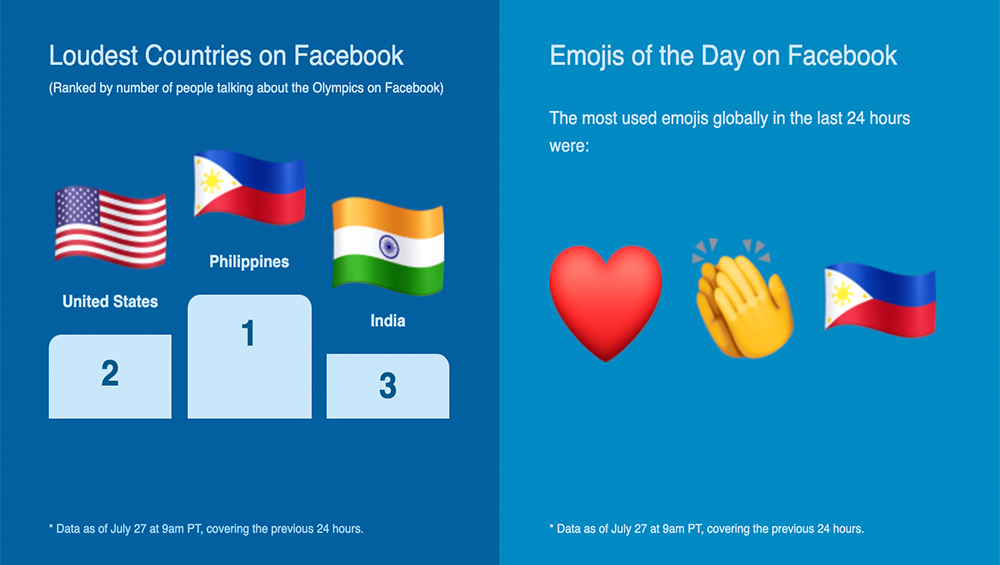 Furthermore, the Philippines sits as the country that talks mostly about the Olympics on the said platform outperforming larger countries like the United States and India. The Philippine flag is also the third most-used emoji on the app during the same time period.