Honor recently unveiled the X20 SE last month, this time the X20 model smartphone is lined up to be launched on August 12. 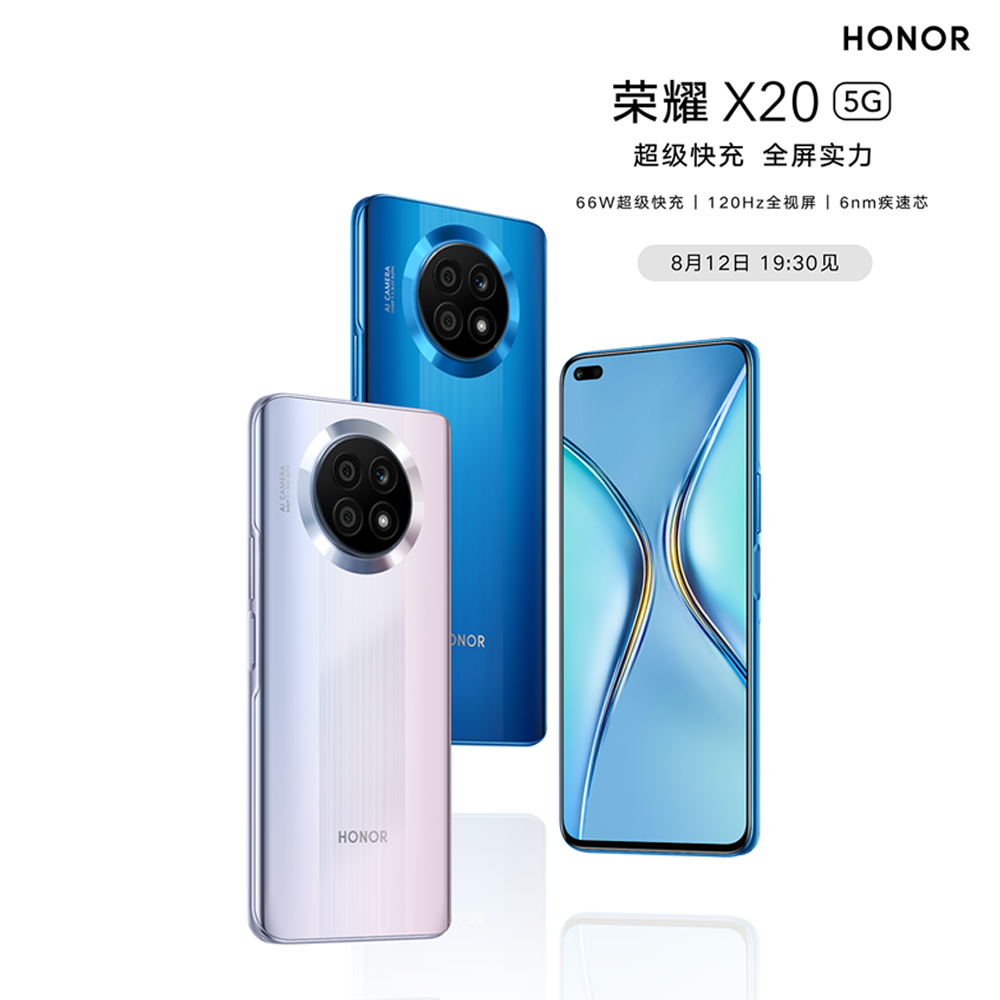 Honor didn’t reveal information about the smartphone, however, it is sure to sport a 120Hz screen refresh rate, 66W charging, and a 6nm chip. More specs may be revealed in the upcoming weeks, so stick around for more updates on this.