Huawei once again proves their dominance as they break the record for market shares in China. The brand, including its sub-brand Honor, now holds 27% of the market share. This is the biggest ever recorded market share of a vendor in China since Q2 2011. 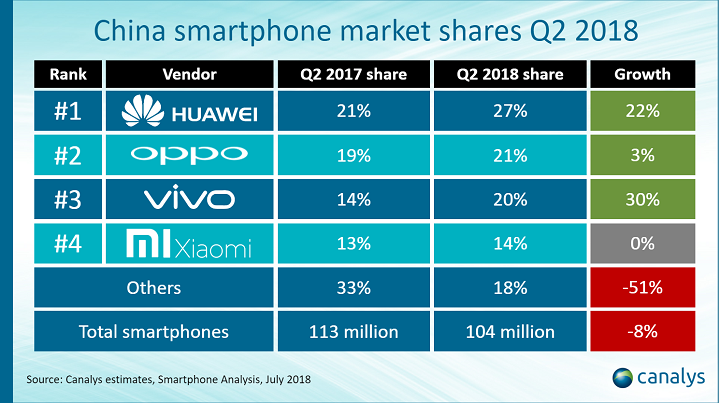 The country received a much-needed boost in smartphones shipments as numbers return to above 100 million. The market had a rough Q1 when shipments went down to 91 million, which is a 20% decrease. Huawei didn’t just break the market share record though, as the brand also bagged the most shipments in the country by outing 28.5 million units. Following Huawei in the rankings is OPPO, Vivo, and Xiaomi. Honor actually accounted for 55% of the total shipments of the brand in Q2 2018, which is a huge leap from 33% compared to last year. The brand’s own phones account for 45%, these are the Mate, Nova, and P series.