AnTuTu has released their Global Top 10 Best Performing Android Phones for the month of October, and leading the pack is the new Huawei Mate 20 Pro. 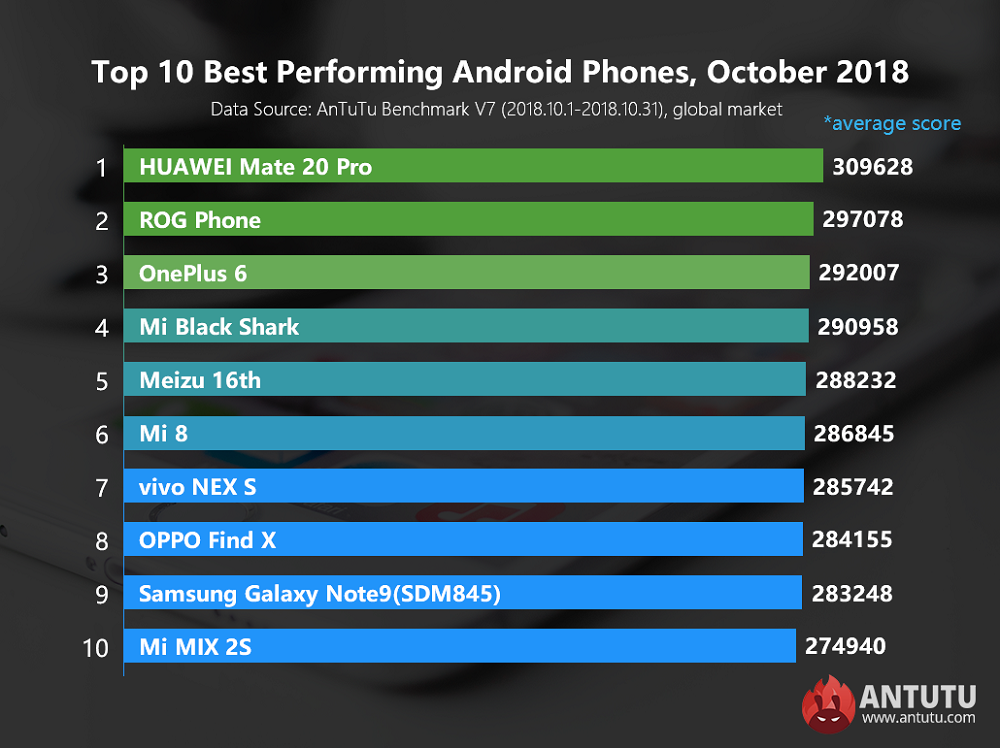 According to AnTuTu, the scores are averaged and does not display the highest score per model. The amount of data was collected from at least 1,000 units per model from October 1 to 31, 2018.

You can read our review of the Huawei Mate 20 Pro here.