The Huawei MatePad T8 Kids edition sports an 8-inch LCD, a MediaTek MT8768 processor, 2GB of RAM, and 16GB of storage (expandable up to 512GB via microSD). It has a 5MP rear camera and a 2MP front camera.

Huawei has included a special Kids Case, stylus pen, and a Kids Corner app that is pre-loaded with child-friendly content. Other features include low blue light certification, a built-in gravity sensor that prompts children to adjust their posture, and an ebook mood to give children a paper-like reading experience. Check out the full specs below. 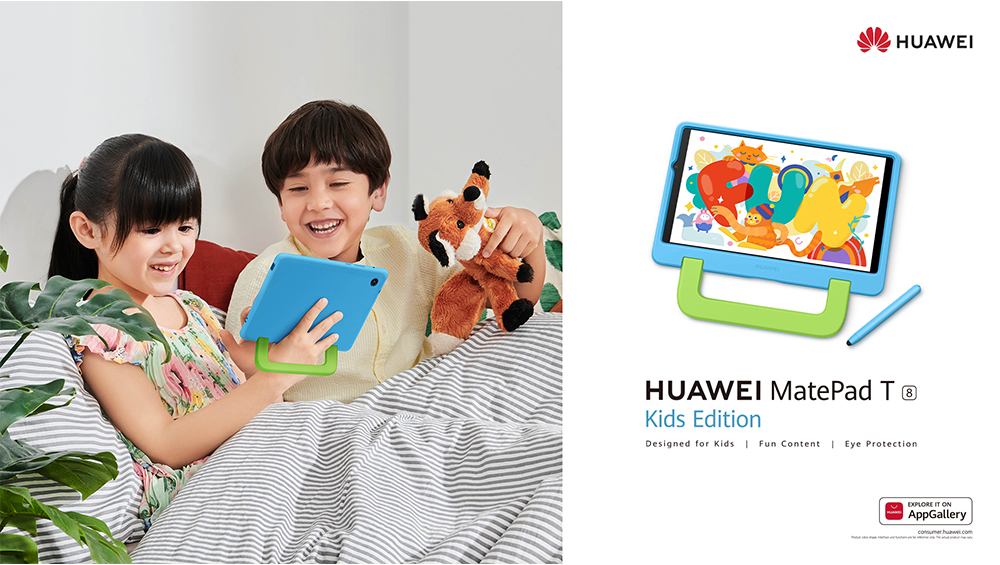 The Huawei MatePad T8 Kids Edition is priced at PHP 8,999 and is on sale via Huawei’s official store. Freebies worth PHP 8,996 will be bundled with any purchase of a Huawei MediaPad T8 Kids Edition starting September 24 until October 1, 2021.

Huawei has also announced a new smartwatch aimed at kids, the Watch Kids 4 Pro, which will arrive soon in the Philippines.