The MG ZST Crossover SUV becomes the newest top-spec variant in their ZS lineup. According to MG, the “T” stands for turbo and is a representation of the crossover’s turbocharged, three-cylinder, 1.3-liter engine capable of producing 160HP and 230Nm of torque. It also features a new 6-speed automatic transmission with a manual sports mode. It features a new Obsidian Matrix grille, full-LED projector headlights, and 17-inch, two-tone rims wrapped with low-profile tires and red brake calipers. Red stitching is featured on the seats and the trim of the car, with a red embroidered MG monogram on the driver and front passenger headrests. The ZST comes with a six-speaker system and a 10.1-inch touchscreen infotainment system compatible with Apple Carplay and Android Auto. 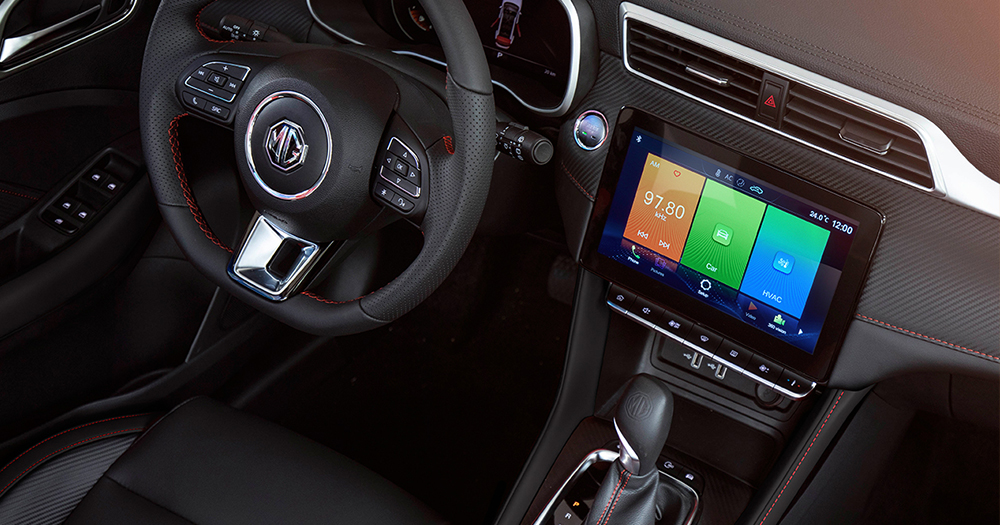 The MG ZST Crossover SUV features front, side, and curtain airbags. With safety features such as Rear Cross-Traffic Assist, Lane Change Assist, and cornering lamps, which are new to the lineup. The car is also equipped with Hill Hold Control, Cornering Brake Control, Traction Control, and Vehicle Dynamic Control. In addition, it has a Blind Spot Information System with a 360-degree vehicle view.

The MG ZST comes with a 5-year or 100,000km warranty (whichever comes first) and a 1-year free periodic maintenance service. The MG ZST Crossover SUV starts at PHP 1,158,888 and is available at MG all 39 MG Philippines dealerships nationwide.