Motorola One Zoom shows up on Geekbench

Motorola One Zoom shows up on Geekbench

IFA 2019 is right around the corner and as Motorola prepares to announce its newest products in the event, the company’s upcoming smartphone, Motorola One Zoom, showed up on Geekbench with some of its specs revealed. 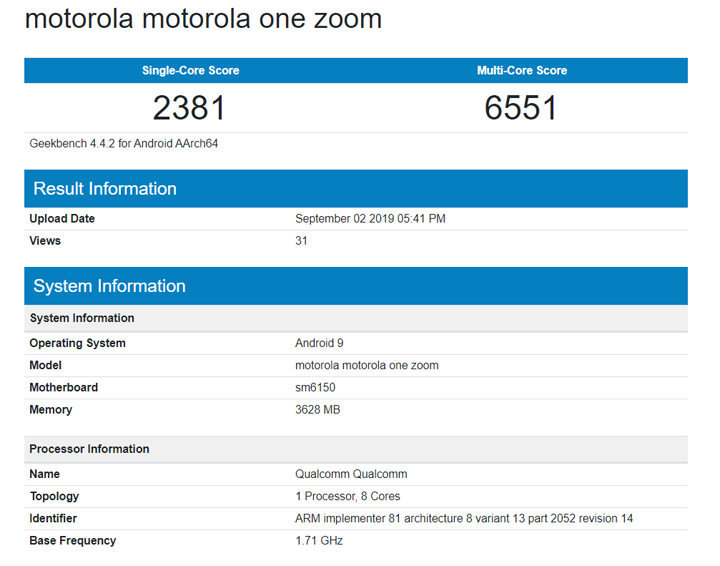 Based on the benchmarking platform, the Motorola One Zoom comes with a 4GB of RAM, a 1.71GHz octa-core processor that could be the Snapdragon 675, and Android 9 Pie operating system. There are also reports showing that it will have a 6.4-inch AMOLED display with an in-display fingerprint scanner, 25MP front camera, and 4,000mAh battery with 18W fast charging.