The National Bureau of Investigation (NBI) has arrested a suspect named Roan Sia aka Mark Tan yesterday in his house in Metro Manila. He is believed to be one of the country’s biggest text scam operator who, according to the agency, has amassed a total of Php100 million worth of credits from numerous victims.

According to the NBI, Tan’s modus operandi was to send out multiple SMS to random numbers, both here and abroad, pretending to be a friend or a relative who is in dire need of prepaid credits. 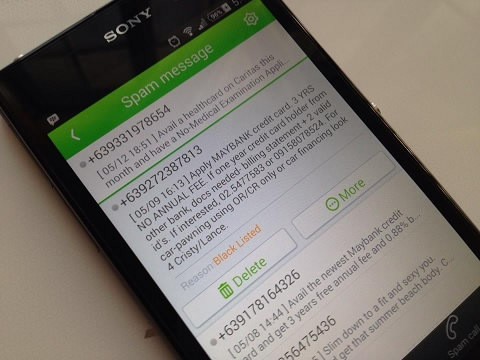 The prepaid credits that Tan allegedly took from unsuspecting victim are wired to one of the 50 cellular phones that he uses in his operation. He then transfers the credit to his own number which in turn can be turned into cold hard cash using the local telco’s money transfer services like Smart Money and Globe G-Cash.

Mark Tan is facing various charges including (but not limited to) violation of the Access Devices Regulation Act of 1998 (RA 8484) and large-scale estafa.

We can only hope.