After multiple beta updates in the previous weeks, OnePlus has finally launched OxygenOS 5, for its OnePlus 5 users, which is based on Google’s latest Android 8.0 Oreo. 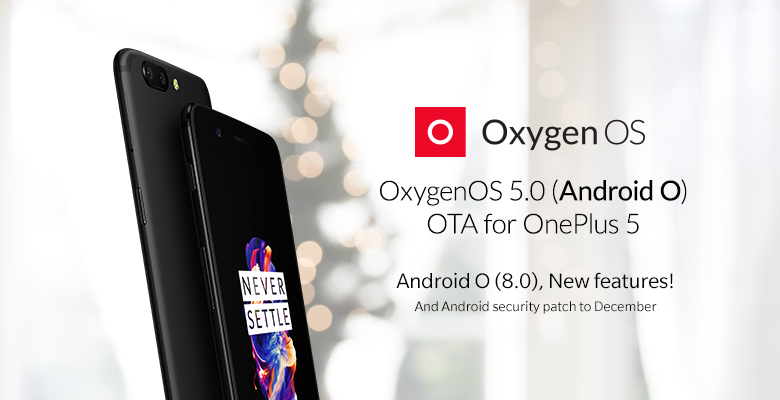 Here is the official changelog of the company’s first official Android O OTA update for the OnePlus 5.

Similar to previous updates, OnePlus says that the OTA will be rolling out gradually, which will mean that it will be available to a small percentage of users starting this Christmas eve, and a broader rollout to all OnePlus 5 users can be expected in a few days. Users can manually check for the update by heading to Settings > About Phone > System Update or change their location via VPN to receive the update right away depending on the region.