In a recent interview with CNET, Pete Lau, the CEO of OnePlus, confirms that the OnePlus 8 series will indeed have 5G support. With 5G slowly rolling out and expanding, OnePlus wants to take advantage of the opportunity. Pete Lau states that they are “all-in on 5G”. 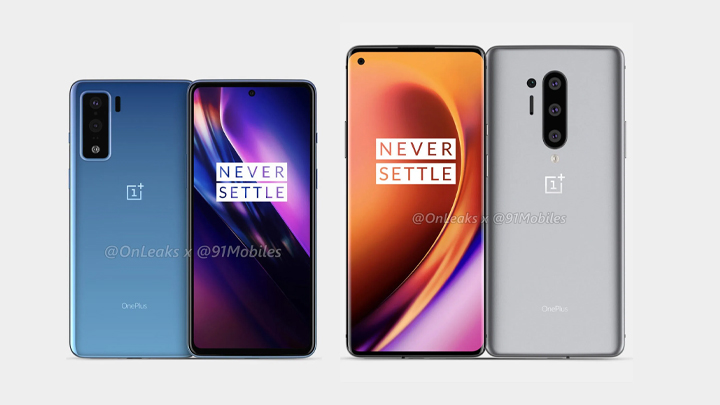 “I want to restate our commitment to 5G and our long term investment. We’ve been investing in 5G for several years, and we see this as the direction going forward and one we’re very much committed to.” Lau explains in the interview. Back in 2019, OnePlus released its first 5G phones when they released the OnePlus 7 Pro, which comes with a 5G variant and the special McLaren edition of the OnePlus 7T Pro. Image from @OnLeaks via Slashgear

That being said, the newer 5G technology will affect the price. Still, Lau guarantees that there will be a regular OnePlus 8 variant with a more “accessible” price tag and that the most expensive in the line would be the Pro variant.

While there is no confirmation yet, rumor has it that there will be a OnePlus 8 “Lite” to join the series, which is reported to be a mid-range phone. It is rumored that while the OnePlus 8 Pro and the OnePlus 8 will have a refresh rate of 120Hz and will be powered by Qualcomm Snapdragon 865 SoC and feature punch-hole displays, the OnePlus 8 Lite will feature a 90hz display and will be using a MediaTek chipset.

The OnePlus 8 may arrive as early as mid-April; however, the ongoing Corona Virus outbreak may push the launch date back. We’ll report more once we learn more details about the upcoming OnePlus 8 series smartphones.

We're going all in on 5G. You in? pic.twitter.com/liO2wVIsf9

This article was written by Sofia Tan.