A recent report by Opensignal shows the differences between the mobile experience of Filipino users when they are on 3G, 4G or 5G connections in terms of their average download and upload speeds, their experience when streaming video and the quality of their mobile gaming experience. Starting with average download speeds, users get 149 Mbps when connected to 5G which is 10.2 times faster than the 14.6 Mbps seen on 4G. Moreover, the speed gap between 3G and 4G was smaller with 4G speeds a much lower 3.5 times faster than 3G speeds. As per Opensignal, this indicates that currently, the 4G/5G uplift on average upload speeds is less in percentage terms than the difference seen when moving from 3G to 4G. Hence, the boost that 5G delivers is likely to make a noticeable difference to their users. 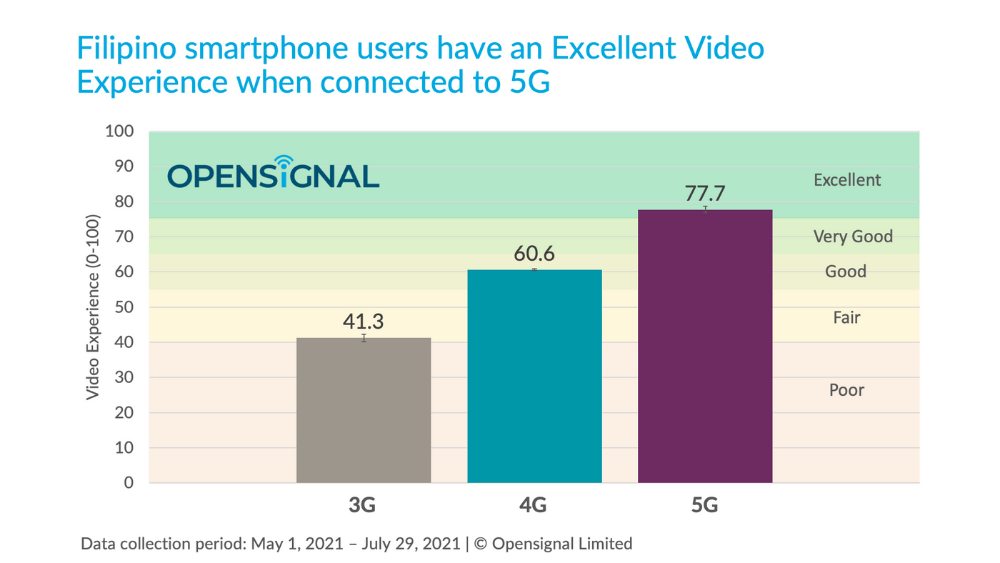 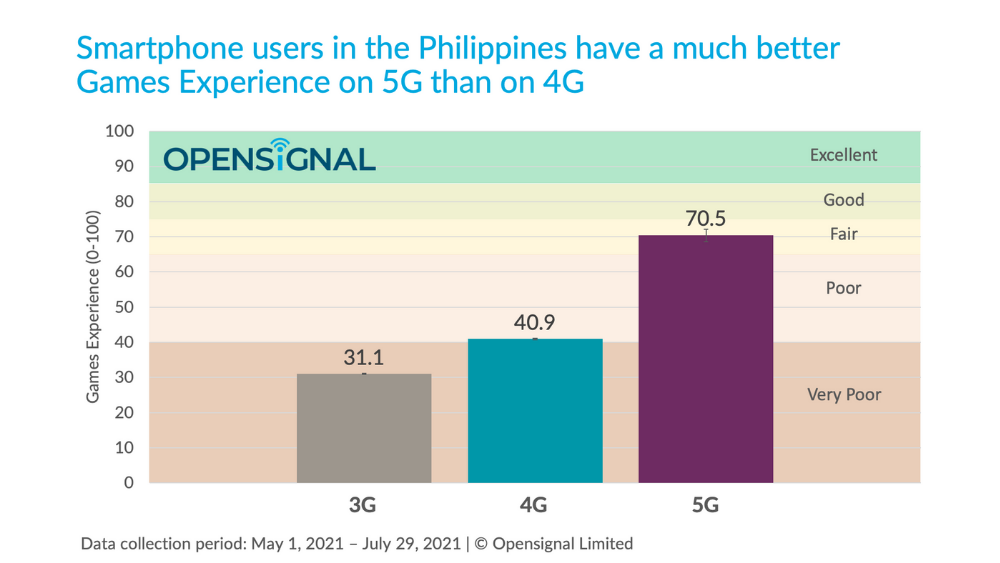 Opensignal mentioned that Filipino users had a Fair (65-75) games experience when connected to 5G. The 5G score was 29.6 points, which is 1.7 times higher than the score for 4G Games Experience. The games experience observed on 4G and 3G connections was Poor (40-65) and Very Poor (under 40), respectively.

To wrap it up, the platform has seen that 5G already delivers significant improvements to Filipino users’ mobile experience for video, multiplayer gaming and for speed. Opensignal, however, noted that unlike 4G, 5G is not yet a mature technology, indicating that the gap will likely widen between 4G and 5G in future.