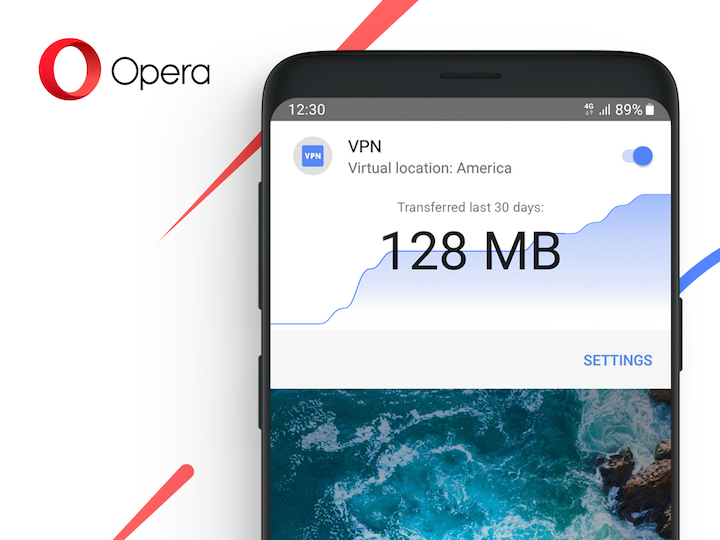 A month ago, Opera announced that it has begun testing its built-in VPN service to beta users worldwide. With the latest update to the app, the feature is now official. The company claims that its built-in VPN will not store any user data or logs on Opera’s servers. 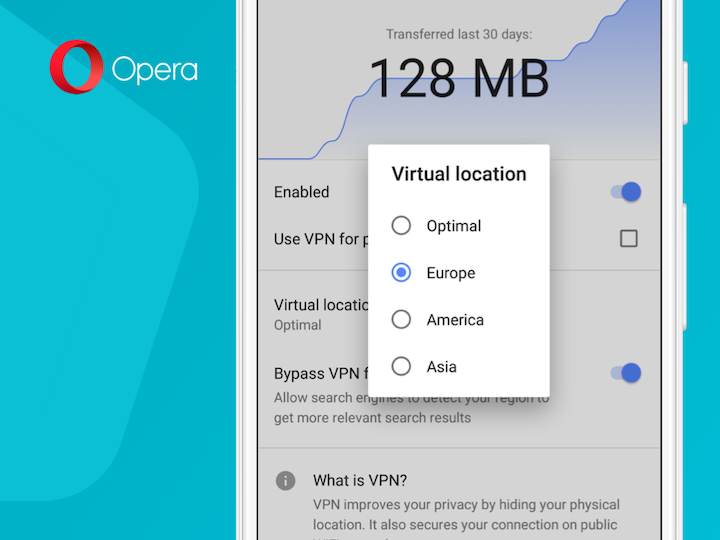 To enable the built-in VPN, users need to update their current Opera app to the latest version, go to the settings, and activate the VPN in the menu. Opera will then mask your location among three regions, namely America, Asia, and Europe.

Opera for Android’s built-in VPN is free and unlimited. The update is now live on the Google Play Store.

Update: once installed, it wont directly get the latest update, later last night that i got the update and now using the app as my default browser. So far so good.