Following the announcement of Qualcomm’s newest flagship chipset Snapdragon 8 Gen 1, OPPO revealed that they will be launching their first flagship smartphone powered by the said chipset in the first quarter of 2022. 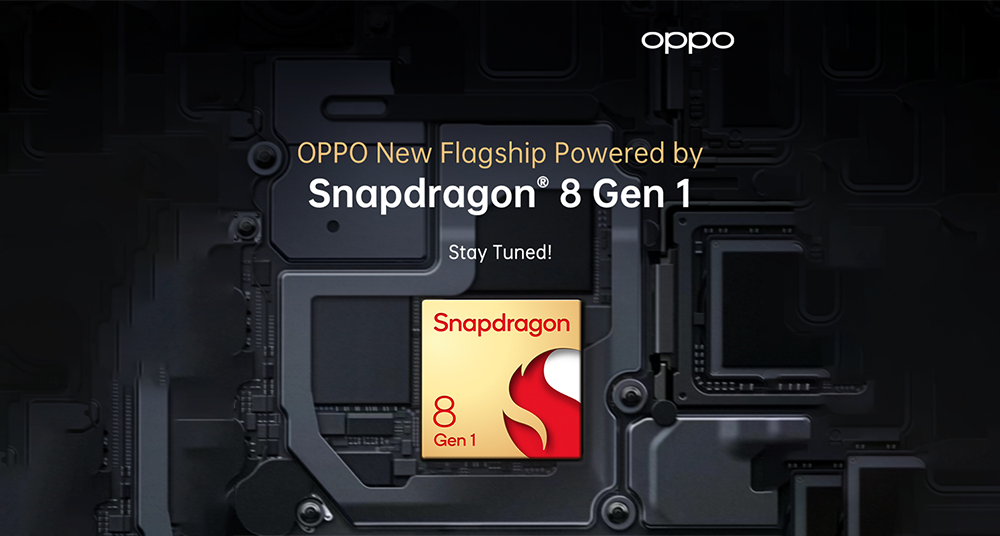 “OPPO maintains close ties with Qualcomm Technologies, and we have brought several 5G smartphones powered by flagship Snapdragon mobile platforms to the market this year, including the Find X3 series and Reno6 series. It is our pleasure to witness the launch of a new generation of Snapdragon 8 Mobile Platform. We believe it will bring immense improvements and powerful performance on the next generation of flagship smartphones,” said Scott Zhang, VP — Overseas Sales, OPPO.

Our next flagship + @Snapdragon‘s next Mobile Platform ?

After months of anticipation, it is the first news about the new Find X series from OPPO. Previous leaks revealed a minor increase over the previous generation suggesting faster charging (80W, up from 65W).

Cameras at the rear will likely remain 50 MP + 50 MP + 13 MP telephoto but with updated sensors, while the screen will also retain the 6.7″ OLED with 1440p resolution and adaptive high refresh rate.

The Find X2 Pro and Find X3 Pro were made official in March, so it is anticipated that the Find X4 Pro will follow the same timeframe. The question being asked now is how quickly OPPO would release the phone outside of China.