OPPO sold the most smartphones in the Philippines during Q4 2019

According to a report by Canalys, an independent market researcher, OPPO is the leading smartphone vendor in the Philippines. 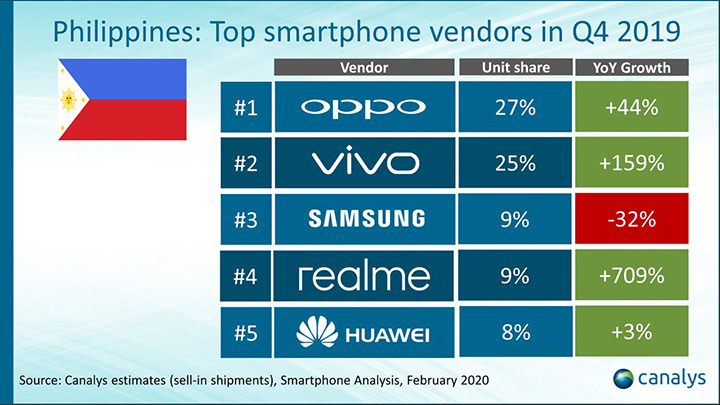 Perhaps the biggest growth we’ve seen this year is realme with over 709%  YoY growth, which translates to over 9% market share. This move pushed Huawei to the number 5 spot. According to the report, Huawei was only able to secure positive growth last quarter thanks to the success of the Nova 5T with GMS support.

Huawei slips to #5 in Philippines, as @realmemobiles surged to take 9% market share. @Huawei did still manage to grow, thanks to its GMS-supported Nova 5T, but this was behind the market average, as #smartphone shipments in the Philippines increased 28% in Q4 2019. pic.twitter.com/22ReU9QIRq