Panasonic has just launched its latest Micro Four Thirds camera in the Philippines along with a pre-order offer for those who want to get their hands first on the camera. 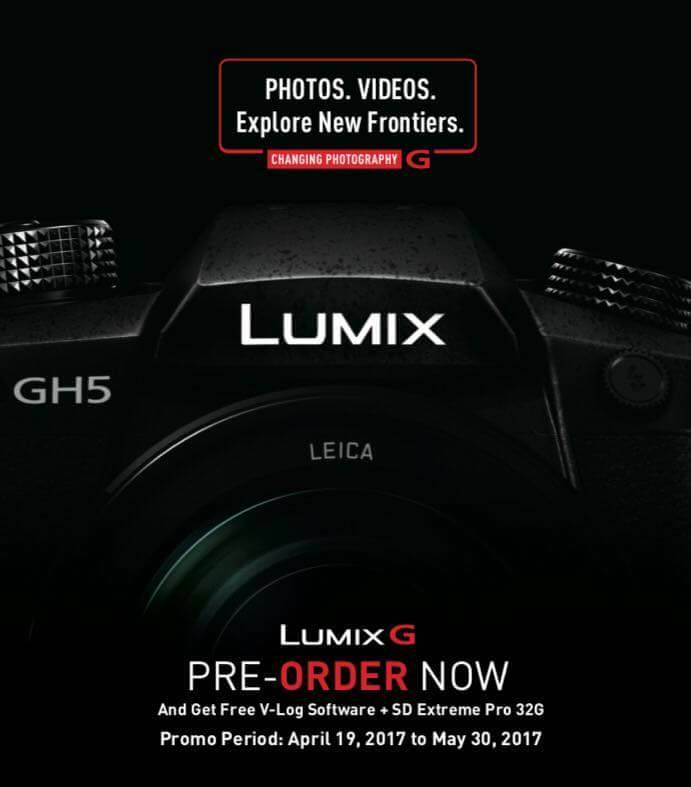 The GH5 has an official local pricing of Php119,990 (body only) with pre-order freebies like V-Log Software and a SanDisk Extreme Pro 32GB SD card. Promo period is from April 19 until May 30, 2017.