Days before its official launch on February 4, live photos of what seems to be the Poco X2 has surfaced online. 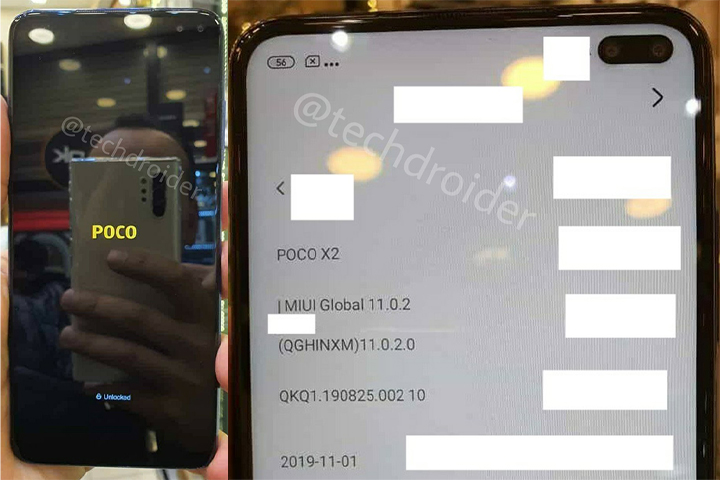 The photos came from Twitter user @techdroider. We can see that the Poco X2 sports a 6.67-inch “Reality Flow” display with slim bezels, and two front cameras in a punch-hole design. Both the volume rocker and the power button are located on the right side. The Poco X2 is also running MIUI 11 based on Android 10 out of the box. 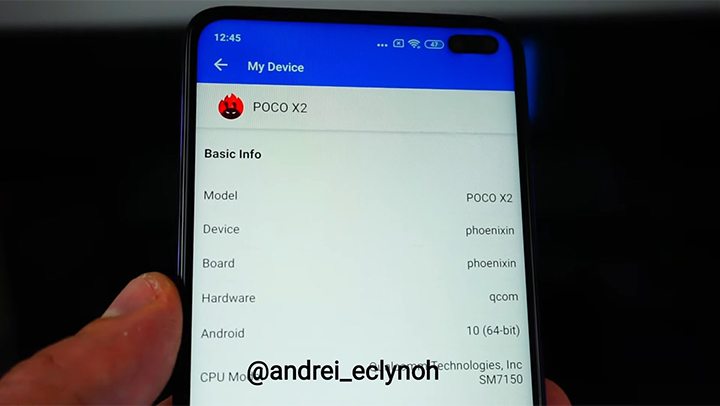 Another live photo from Twitter user @andrei_eclynoh shows that the Poco X2 is running an SM 7150, which is just Snapdragon’s internal name for the Snapdragon 730G. The chipset, along with the front design and several specs already revealed, such as the 120Hz display, Sony IMX686 sensor, and 4,500mAh battery w/ 27W fast charging support, leads us to believe that the Poco X2 may be a rebranded Redmi K30 sold in global markets. Flipkart already has a product page up and running for the Poco X2, and rumor has it that it will be sold exclusively through there.