In an attempt to cut down injuries on road incidents, President Aquino signs a new law that prohibits small children from riding motorcycles. More details after the break. 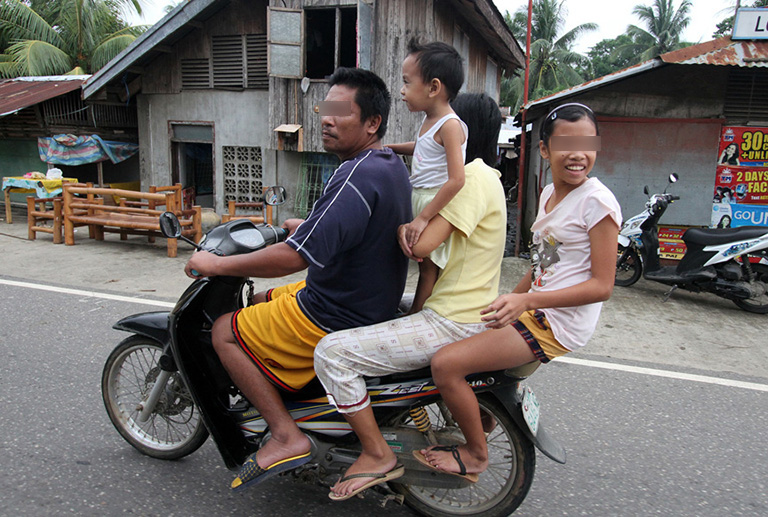 The Republic Act 10666 basically prohibits anyone to drive a motorcycle with a child as a passenger on busy streets. According to the report made by Manila Bulletin, only children that could reach the foot rest comfortably and are able to wrap around and grasp the waist of the driver could ride along in a motorcycle, in addition to wearing a safety helmet. But, in certain emergency conditions where the child seeks immediate medical care, the new law won’t apply.

The Children’s Safety on Motorcycles Act of 2015 “imposed certain conditions on taking children aboard a motorcycle in public roads with speed limit of more than 60 kilometers per hour.”

Once the implementing rules and regulations get promulgated, there will be a campaign to inform the public about this law.

Some use motorcycle to bring their children to school, much more efficient than car , they should’ve implemented motorcycle and bike lane

good job aquino.. another stupid law approved.. not all of us own a car! and oh.. most if not all are more cautious when driving if we have a child on board.. tsk3..

what if i’m using yamaha tricity?, that’s a 3 wheeled motorcycle.

Does this include motorcycles with side cars? i.e. tricycles? Major transportation in the Philippines.

No, it applies to any two-wheel vehicle. So tricycles are not included.