PRISM summarized: Why you should be bothered

For the past months or so, you have probably scanned through a couple of words such as NSA, PRISM, surveillance and the likes. Not a lot of tech savvy people would be interested in politics, especially if all the major plot elements are found in the far west. However, as overly political and seemingly irrelevant as it looks, it’s still worth talking about. What is PRISM? To keep it simple, it is a top secret program done by U.S. National Security Agency (NSA) which aims to collect data from, mostly, everyone. At first, it was best to say that only internet giants were included in the program, but it turns out there were more. Here are the few major companies involved: 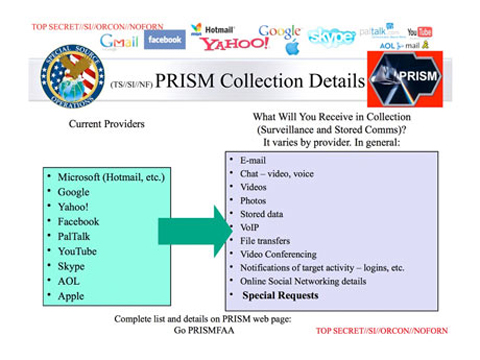 Of course, even with the leaked data, the companies denied their involvement with PRISM (whether you would believe that or not is up to you). Other companies such as Verizon has been reported to be providing the US government with data soon after the leak. Based on the leaked slides, the government has access to data from any of these companies. Examples of data that they can collect are listed below:

Remember, we weren’t supposed to know about this; we aren’t supposed to be aware that a group of people can actually access our data just with a snap of a finger. So, who leaked all of this? 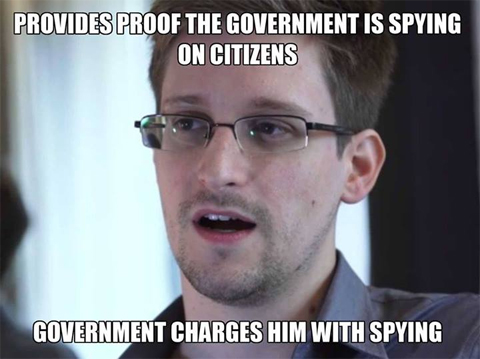 Apart from the U.S. government having this amount of power and surveillance over its people, there are also reports that UK can access the same data through PRISM as well. After some time, further details show up that the German government also used the surveillance program too.

“Because there’s a reason why these programs are classified…”

U.S. President Obama states that there are reasons for hiding these kinds of things from the public, and that this leak isn’t something they’re happy about at all. But even with all the fuss about it, a secret court just renewed the order so that the government can continue spying on people; they say it’s in public interest.

Their reason for watching over your data? Terrorism; they say that a lot of terrorist plots have been already foiled by the government (again, whether you’re buying that or not is up to you).

So what’s the problem with all of this? The U.S. government wants whistleblower Edward Snowden captured for going against their stands, there isn’t that much transparency going on, despite the rage of some people about this, they will continue to spy on us people and the list goes on. 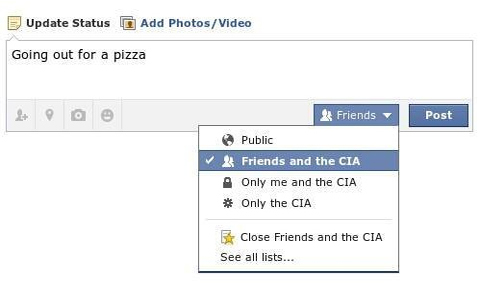 Even if I’m no American citizen or such, I’m still bothered by the fact that most of us use American and European services, and that they have power over our personal data. However, what bothers me above everything else is the fact that very few people are bothered by it. Have we stopped caring? Is everyone becoming politically ignorant?

Technology is here to stay, no doubt. It will keep developing as time goes on, but when the time comes where we totally have no privacy – the question is ‘what are we going to do about it?‘.

PRISM was built for the security of the people in the US. It’s for their own sake.. This program has triggers. If it’s activated that’s the time the prism will collect the data from the target. Kung hindi ka naman terrorista bakit ka matatakot sa ganitong security program..

As a child it’s hard for me to have any type of privacy kahit hindi naman ako celebrity. As I grow older, I learn to embrace the public eye. Yung question na, “bakit, may tinatago ka ba?” is always there for me. Dati, I don’t want to work in any line of work where there’s government requirements involve (SSS, BIR, etc.) because I don’t trust them. Their system is not that secure as other people might think they are. I learn how any system can be compromised even if we set our anonymity in place (such as this post.) In the end, I just let it be. Personal information about me are out there for everyone to see. The only thing that I’m trying to protect from privy eyes are those of my contacts.

There are linux os which you can use, running in live usb mode with security specific function,like anonymous browsing. Dont know yet if it is effective or maybe anybody here knows how to test it.But i think its worth trying …

Nope, this won’t help. The solution you suggested only protects data within your system but not anything against other system. Your email logs, web visits, calls etc. are not totally saved within your system. They are recorded through your friendly service providers in which government are said to have access to.

The US government owns the whole world (or even the space up there).

Economy, technology, showbusiness, politics, power, hell yeah — cyberspace, named it… US tops it all. these are something that we CANNOT NIP IN THE BUD!

for me it’s ok for the people who has a lot to hide then it’s not. A state has the right and obligation to protect and safeguard it’s interest either from foreign or domestic threat. Information is a weapon so don’t post your torjackan sa internet para iwas scandal

I don’t think its about hiding, but more of being vulnerable.

When the republicans tried to do domestic spying the democrats and the American mainstream media made a lot of noise about government intrusion. Now that the democrats are in power they’re doing the republican dance. What a bunch of hypocrites. Even obama is on record doing his 180 turn around. If you see him supporting spying on american citizens today, he was doing the complete opposite in 2007 which shows his hypocrisy now that he is in power – http://www.mrctv.org/videos/flashback-2007-senator-obama-warrantless-wiretaps

Oh we do care, the problem is…we don’t really have much of a choice. It’s their way or the highway, and frankly…an internet-less dark age style of living just isn’t fun to go back to anymore.

Hell, I bet they have their grubby claws in the basic backbone of the internet. DNS services, routing, hosting…nowhere is safe. The safest we can *maybe* get is using TOR, and even that’s limited to the safety of your entry-exit nodes.

At least we can take solace in the fact that we *probably* are still safe using Globe/Sun/Smart/PLDT…hoping the CIA/NSA considers our country’s telco companies too small-fry to bother with.

Our rebels down south has been collaborating with known ter o ists so, rest assured, we are very much within the radar.