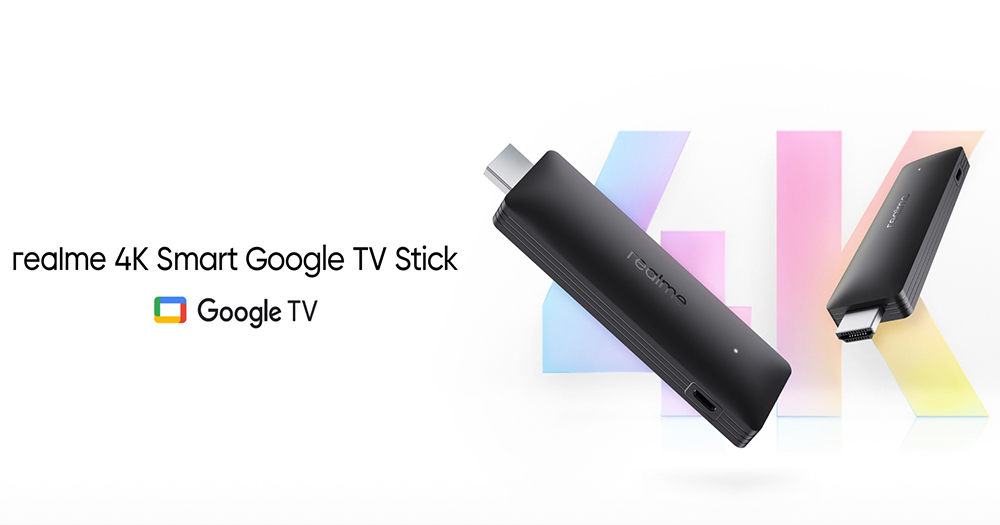 The realme 4K Smart TV stick uses an integrated HDMI plug for output and a microUSB port for power. The device supports HDMI 2.1 output of up to 4K at 60hz. The company also claims that the TV stick is HDR10+ compatible.

A quad-core processor powers the device with 2GB of RAM and 8GB of on board storage. It also features a dual-core GPU. The realme 4K Smart TV stick has built in WiFi and Bluetooth 5.0. Powered by Google TV, the device has the usual features such as Google Assistant and Chromecast built-in. 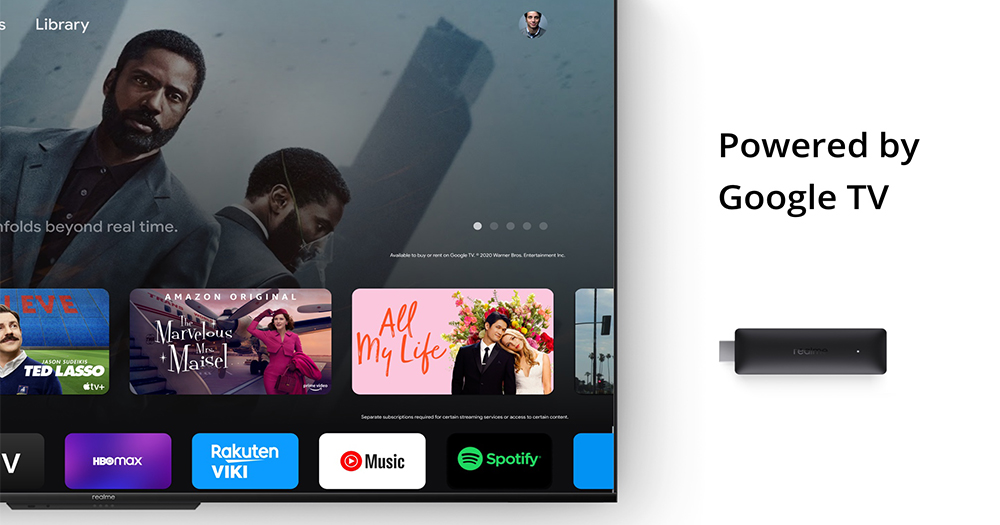 The company claims that the realme 4K Smart TV stick has a high temperature test of 144 hours plus a 100cm drop test. It comes with a remote control that uses Bluetooth connectivity with voice control. 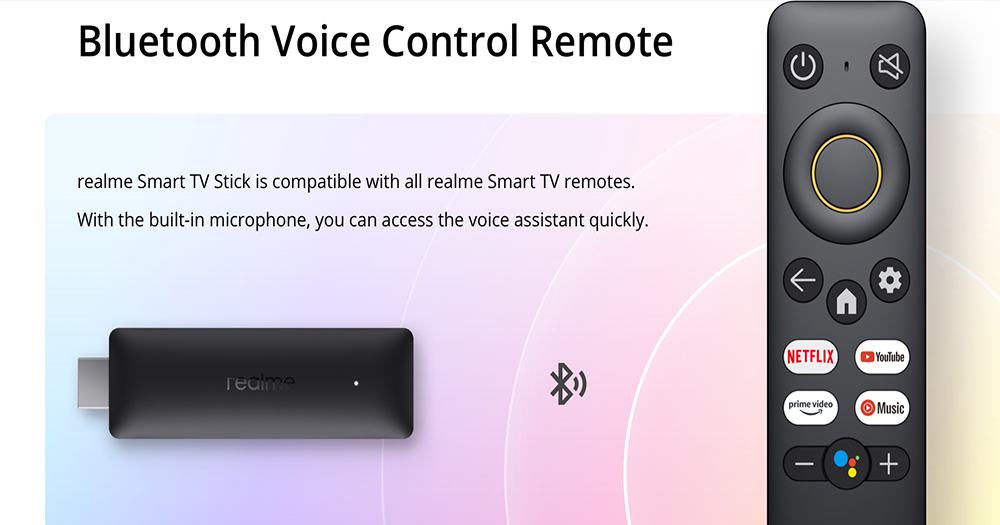 The realme 4K Smart Google TV stick is priced at INR 3,999 and is currently available on realme’s official Indian website. Worldwide availability has not been revealed so stay tuned!