Samsung is consistently releasing mid-range smartphones under the A-series, this time the specs of the upcoming Galaxy A60 has leaked ahead of its launch. 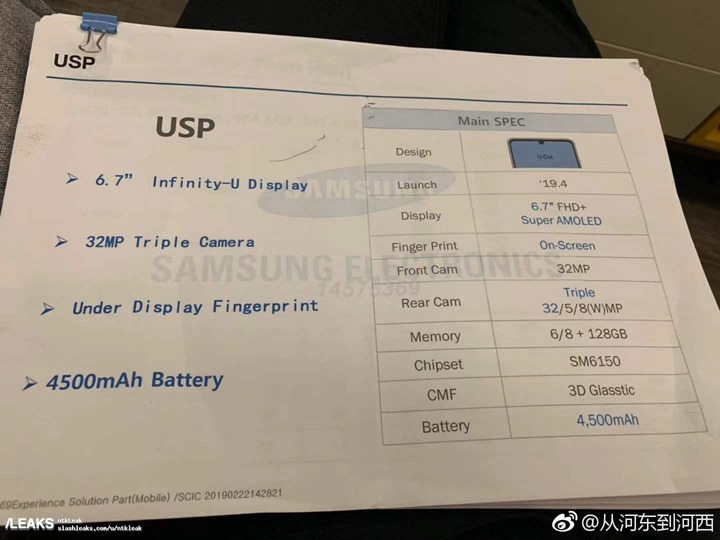 Reports show that the new device will have a large 6.7-inch FHD+ Super AMOLED display with an Infinity-U design. It also comes with the new Qualcomm Snapdragon SM6150 chipset, a 6GB and an 8GB RAM variant, 128GB of storage, and a triple rear camera setup which comprises of a 32MP, 5MP, and 8MP lenses. Finally, the device will be sporting a large 4,500mAh battery.

We’ll know more once the launch of Samsung Galaxy A60 draws near.

di ba pang a70 yang specs ng article na a60? based on gsmarena… or i could be wrong.