A poster of the upcoming Samsung Galaxy S10E leaked online. 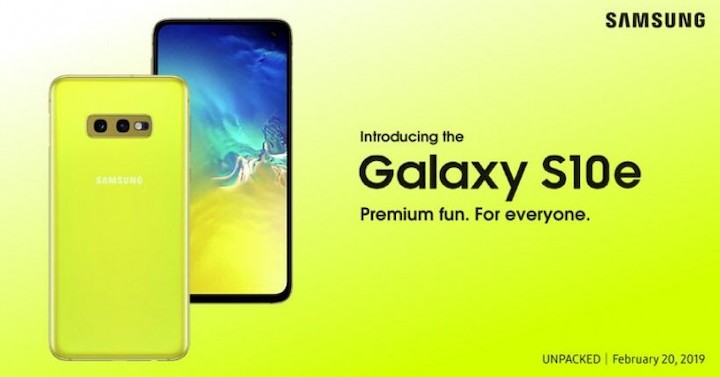 In the image, we see the front and back view of the S10E, with the smartphone sporting a yellow color. No other information is included in the poster apart from the device’s name and the Galaxy Unpacked event date.

The Galaxy S10E is said to be Samsung’s most affordable device in the Galaxy S10 lineup. According to reports, the S10E features a 5.8-inch display with punch-hole design, 6GB of RAM, 128GB of storage, Dual rear camera, single front camera, side-mounted fingerprint scanner, and 3,100mAh battery. It’s rumored to be priced at EUR 749 (~PHP 44,890). Previously, image renders of the S10E leaked online as well.

Official specs, pricing, and availability of the Galaxy S10E will be unveiled at Samsung’s Galaxy Unpacked event, happening this February 20, 2019 (February 21, 2019, 3 AM, Manila Time).