According to the promotional poster leaked by Evan Blass, the Galaxy S20 series will come in three colors: baby pink, baby blue, and gray. 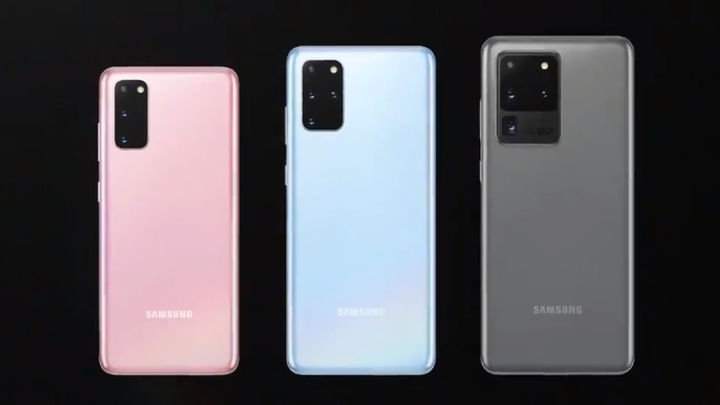 Side by side, we can clearly see the difference in size between the three. According to the leaks, the Galaxy S20 is the smallest with only a 6.2-inch display. At the middle is the larger 6.7-inch Galaxy S20+. The largest of the three is the Galaxy S20 Ultra, with a display measuring 6.9-inches. On to the cameras, the Galaxy S20 Ultra sports a 108MP wide-angle camera, a 48MP Telephoto camera, a 12MP ultra-wide camera, supported by two DepthVision Cameras. As for the selfie camera, Samsung outfitted the device with a 40MP shooter. 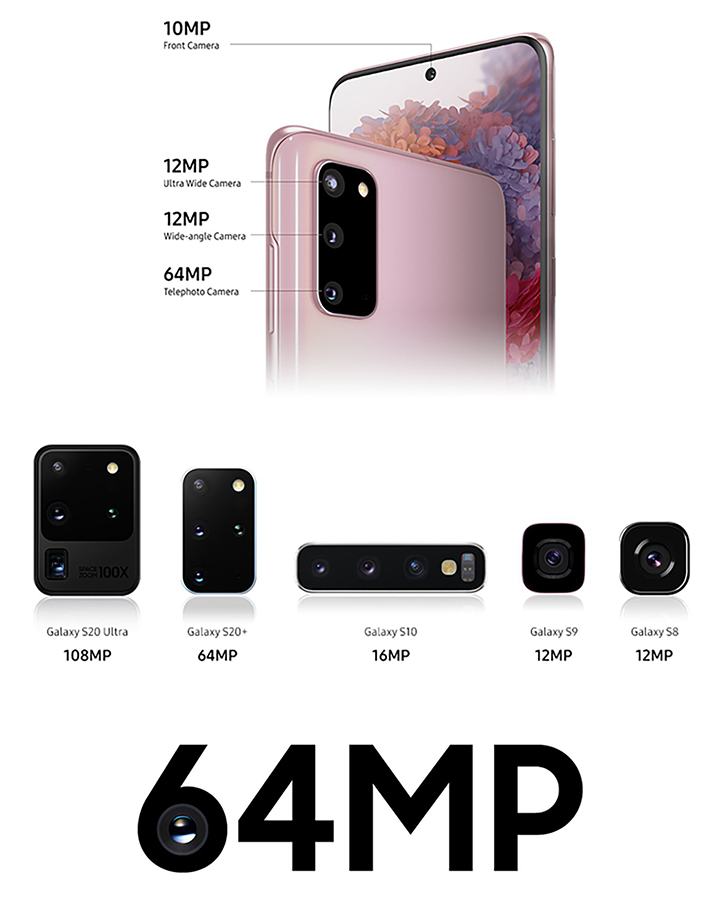 As for the Galaxy S20 and S20+, both devices are reported to have a 64MP Telephoto camera, a 12MP ultra-wide camera, and a 12MP wide-angle camera. The main difference between the two is that the S20+ will also come with a DepthVision camera while the S20 does not. As for the selfie cameras, both devices have a 10MP front shooter. In the thread, Evan Blass also posted accessories that fit the rest of the Samsung ecosystem, including the Galaxy Buds+, a couple of phone covers with a display, and the Galaxy Watch Active. You may also watch the promotional video here. Stay tuned for our official coverage of the Samsung Unpacked event.