Spotify has announced rolling out the ability for Premium users to download music, playlists, and podcasts to Apple Watch for offline use.

Being able to download music and podcasts has been added to the existing feature of being able to stream from the watch. With this, users no longer need to take their phones with them to stream music.

Check out how it works:

Additionally, users may now control playback, play, pause, and skip tracks or podcast episodes directly from their wrist. What’s more, they can also use their Apple Watch to control playback, whether it’s wireless speakers, TVs, or gaming consoles via Spotify Connect.

According to Spotify, this is the first iteration of the highly requested download experience for Spotify on the Apple Watch. 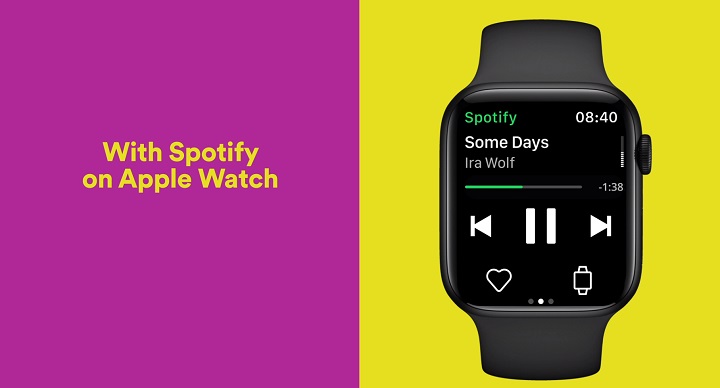 Meanwhile, with Siri’s support on Apple Watch, all users can ask Siri to play their choice of songs, artists, albums, playlists, and podcasts. Plus, they can also “like” music, ask what’s currently playing, and control your media settings, such as volume, skip track, play, and pause. However, take note to end each command with “on Spotify” so Siri recognizes which service to access.

The platform revealed that the new overall experience for Spotify on Apple Watch is rolling out to all users globally over the coming weeks. Note that users can either update their watches to the latest version or download the app on the App Store.

Furthermore, this support requires Apple Watch Series 3 or later, with watchOS 6.0+ (recommend 7.1+) with a cellular connection or wifi and a Spotify Premium account.