The 8TB SSD will come in a small, pocket-sized form and will support 20Gbps speeds over USB. Not much is known about the product though, as it is still a prototype. There was also no mention of any launch or availability date. 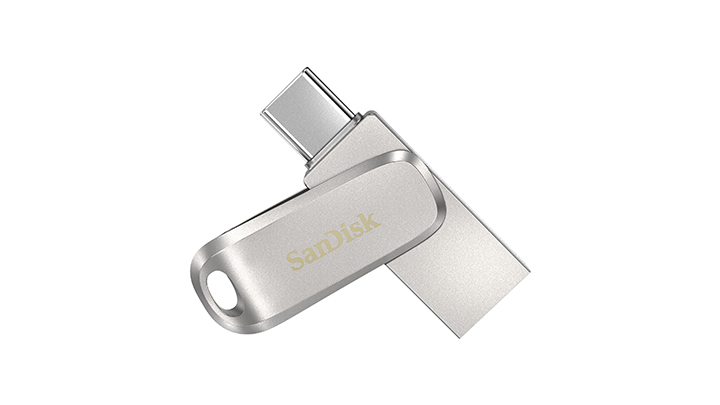 SanDisk also unveiled a 1TB dual connector drive that works with USB Type-C smartphones and laptops. Cast with an all-metal body, the Dual Drive Luxe USB allows users to transfer content from USB-C devices to USB-A ones and vice-versa. The drive has up to 150 MB/s read speeds, a swivel design to protect the connectors, and has a small form factor that can be attached to a keyring.

Western Digital also unveiled WD_Black P50 Game Drive SSD for PC and Console gamers. The P50 drive features a SuperSpeed USB at 20GB/s and up to 2TB of storage, compatible with Windows, Mac, PS4, and Xbox One.

Apart from the P50, WD_Black is also launching a P10 Game Drive for Xbox One and a D10 Game Drive for Xbox One. The P10 is an external HDD that has storage options from 1TB up to 5TB, speeds of up to 130MB/s, and comes with a free 2-month Xbox Game Pass Ultimate membership. On the other hand, the D10 is a 12TB drive rated at 7200 RPM with active cooling technology, has speeds of 250MB/s, and comes with free 3-month membership of Xbox Game Pass Ultimate.