Xiaomi has freshly unveiled lots of products during its recent Mega Launch in China. However, we are expecting more, as the company is also having another launch event today. Various reports speculated that Xiaomi would announce the Mi MIX Fold as its first foldable smartphone. 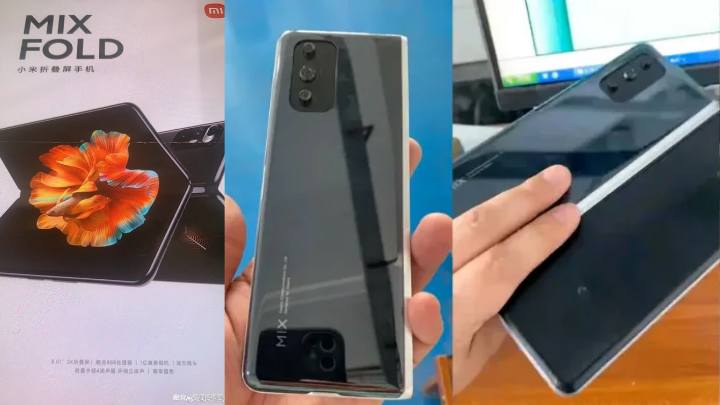 The speculations are supported by a report from GizmoChina about a leaked shot of the promotional material of the Mi MIX FOLD that has surfaced on Weibo. The leak reveals the foldable smartphone’s design and key specs. The poster also exposes that the Mi MIX FOLD comes with an 8.01-inch foldable screen with a 2K resolution and is powered by a Qualcomm Snapdragon 888 processor. On the other hand, GSMArena recently reported that a foldable Xiaomi Mi Mix has appeared in leaked hands-on photos. The images reveal the form of the phone, but there is no screen yet. The leak also reveals a slot for triple cameras set in a horizontal layout. The said photos match the smartphone’s design spotted on the poster.

Furthermore, various reports also hint that the smartphone would sport up to 16GB RAM and 512GB storage, along with 67W fast charging support. Besides, the rear triple camera setup has mentioned to include a 50MP primary Sony sensor, along with dual 48MP telephoto and ultra-wide angle sensors, as cited by 91mobiles.

Xiaomi was supposed to launch a new Mi MIX smartphone yesterday, March 29, but that didn’t happen. Though the company is expected to unveil the foldable smartphone today in China, so stay tuned!