Xiaomi to launch Mi Watch, MIUI for Watch on November 5 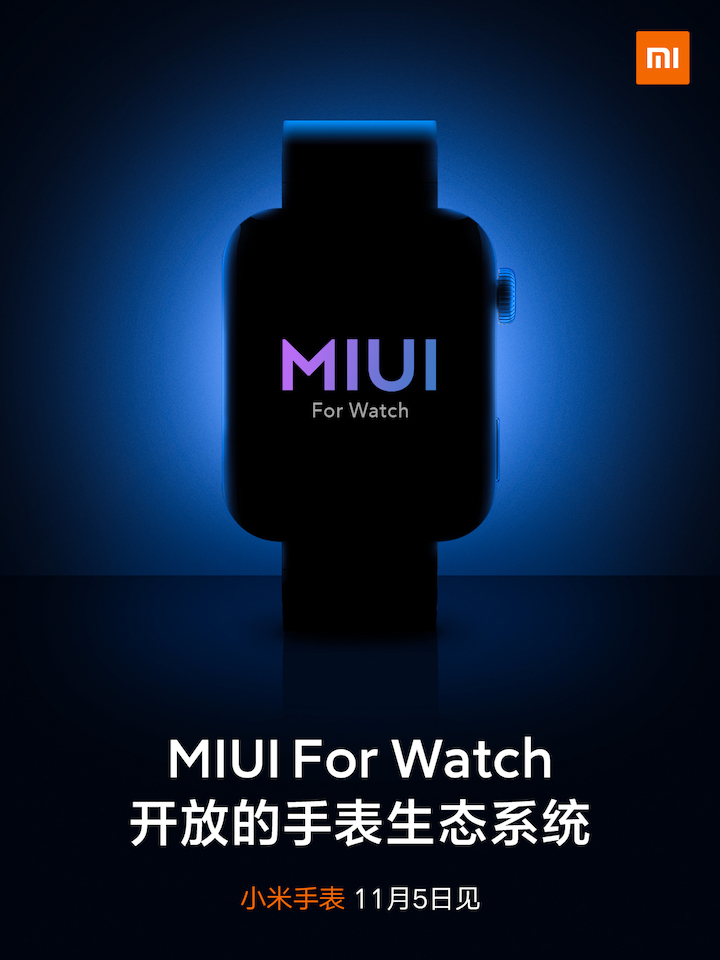 Alongside the teaser poster, Xiaomi has also uploaded two videos showcasing the Mi Watch and the MIUI for Watch in usage. In the video, the user is shown to navigate around the smartwatch with the use of a side button that also acts as a power button. Upon unlocking, the smartwatch displays a 3×3 app grid, with numerous square icons for apps. The second video showcases how MIUI for smartphones extends its design language into MIUI for Watch.

The Mi Watch is confirmed to sport a Snapdragon Wear 3100 SoC and will have GPS, NFC, Wi-Fi, Bluetooth, eSIM support, and speakers. It will also have features such as third-party app installation, smart device control, and tracking fitness data.

The Mi Watch and MIUI for Watch will officially launch on November 5, in China. Stay tuned for more details.