AMD has introduced a slew of desktop graphics cards that follow the previous RX400. The RX 500 series is based on an updated Polaris architecture and comprises of the RX 580, RX 570, RX 560, and RX 550. 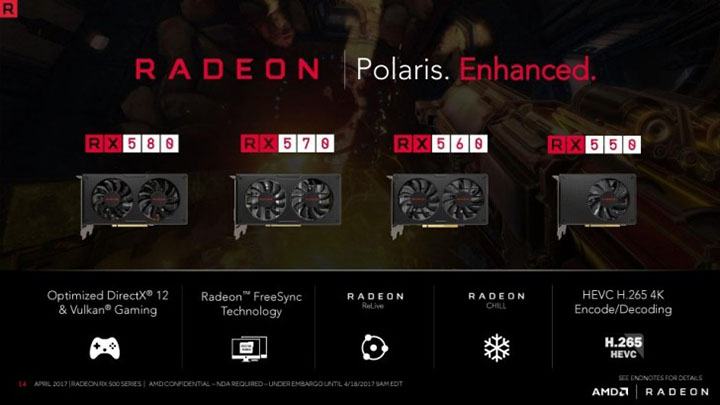 “Radeon was built on the promise that all gamers can enjoy the most advanced graphics technologies in their favorite games. Our launch today of the Radeon RX 500 series doubles down on that effort. With higher performance, revolutionary gameplay capture software, latency-reduction technology, Day 0 driver support for game launches, open and affordable standards like Radeon FreeSync, and innovative features like Radeon Chill, we know gamers who have been patiently waiting to upgrade will have more than enough reasons to now,” said Scott Herkelman, corporate vice president and general manager, Radeon Technologies Group.