Calidad Humana 2013 winner is a fraud

In the song “Get Up, Stand Up”, the late Bob Marley said that “You can fool some people sometimes, but you can’t fool all the people all the time.” Sadly it didn’t reach Mark Joseph Tajo Solis, a Political Science graduate at the University of the Philippines, in time as his devious photo-grabbing streak was put to an end after he was exposed by the real owner of the award-winning picture.

Solis could’ve easily walked away with the Calidad Humana National Essay Photography Competition’s grand prize (roundtrip to Brazil and Chile with USD1000 pocket money), just like he did on previous photo contests (1, 2) which he joined and won. This time, however, the legitimate owner of the picture (seen below) which Solis used to enter the competition isn’t going to let anyone take credit for his work without putting up a good fight. 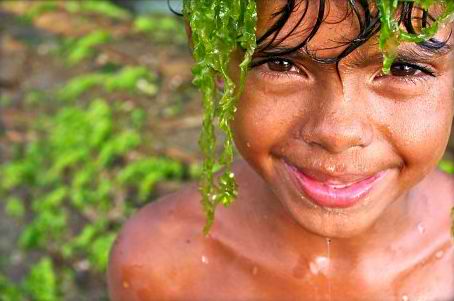 Neptune, King of the Sea by Gregory John Smith which Mark Joseph Tajo Solis grabbed from Smith’s Flickr account and used as an entry for Smile for the World photo contest.[Original Image]

Gregory John Smith, a Brazil-based social entrepreneur (ASHOKA) and founder of Children At Risk Foundation, appealed to the panelists of the Smile for the World photo contest to strip Solis off his ill-gotten prize and instead award it to him.

The prize money, according to Smith, will benefit his foundation which supports hundreds of children both in Brazil and in our country. Meanwhile, he plans to use the roundtrip tickets for his planned visit to the New Smokey Mountains next year as part of his outreach program. 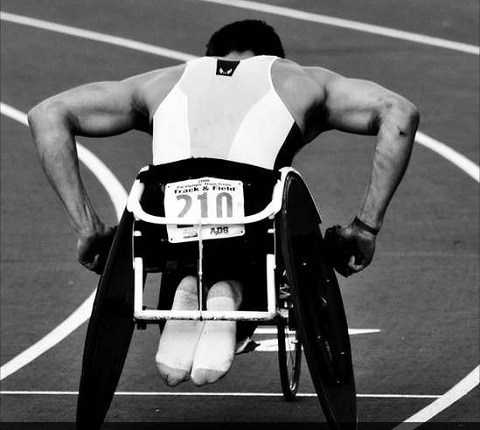 Above is another picture that Solis grabbed from Flickr and used as an entry on the 1st Papworth Trust’s photo competition which he won on 2011.[ Original Image]

Roberto Mayorga, the Chilean Ambassador to Manila and the man behind the recently concluded photo contest, was disappointed by the revelation. But despite the anomaly, he told Rappler that he still believes that “majority of Filipinos have plenty of Calidad Humana,” He adds by saying “Unfortunately, these kind of exceptions are the risk you have in your nice country. This shows it is necessary to take care of your good people, preserving among them the positive elements of their personality.”

Mayorga said that they will conduct further investigation regarding the issue. But I guess it wouldn’t take long before the panel pass their judgment as the Solis has already admitted to his disgraceful action and has written a letter of apology which he exclusively shared to Rappler.

“I was driven by my youth, lack of experience, and the inability to see the repercussions of my actions… I am in deep remorse for what I did. I am truly sorry, Sir Gregory”

In my opinion, it’s forgivable to screw up once in a while; we are human beings after all. But to do such a disgraceful deed over and over again is no longer what I would consider as a simple “lapse of judgment” but a bad habit which, to me, is just one of the many by-products of the seemingly incurable cancer in our society.

This only goes to show that earning a college degree, even from a respectable university, doesn’t automatically make anyone a better person. Knowledge can be acquired over time, but INTEGRITY is something that you’re either born with or not.

Ironic how a contest that’s meant to highlight & celebrate the best qualities in humanity just brought out the worst instead for want of the top prize.

His insincere ‘apology’ does nothing to absolve this pathological plagiarizer from all his previous shameful ‘crimes’ (discovered & undiscovered/undeclared). You, Mr. Mark Joseph Tajo Solis, are scum.

“This only goes to show that earning a college degree, even from a respectable university, doesn’t automatically make anyone a better person. Knowledge can be acquired over time, but INTEGRITY is something that you’re either born with or not.”

I don’t think someone is born with integrity. If you believe in that, then you also believe that we’re all born with a silver spoon. Integrity is not tied to one’s surname, level of education, financial capability, position or what have you. Integrity is something that you work hard on to earn and keep.

Could’nt have said it better than the last paragraph! How true!!!!