GoPro has released the HERO3, their latest flagship action-camera that is capable of shooting videos of up to 4Kp resolution. 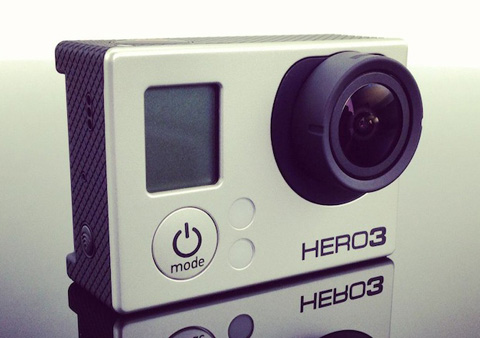 All models have wide angle f/2.8 – 6 element lenses, waterproof housing, 1050mAh rechargeable batteries and built-in WiFi so it can connect to your iOS device using the GoPro app. The Black Edition, however, comes with a remote control which lets you control up to 50 cameras simultaneously within a range of 600 feet.

The GoPro HERO3 White, Silver and Black Editions are now up for pre-order with a price tag of $199, $299 and $399 respectively. You can view the full spec sheet here.

hi, where can i buy Gopro LCD here in Manila? thanks.

Someone necessarily help to make severely articles I might state.
That is the first time I frequented your website page and so far?
I amazed with the research you made to make this particular post
amazing. Excellent activity!

I have hero2 and just really have no idea where can I buy some accessories like dive housing, HD housing and Pole mount! kulang kulang kasi dito sa pinas.. nawala lock ng HD housing ko kya I can’t use it.. sucks though.

Hi, i read your blog from time to time and i own a similar
one and i was just wondering if you get a lot of spam
responses? If so how do you prevent it, any plugin or anything you can
advise? I get so much lately it’s driving me mad so any help is very much appreciated.

Hi John_louie, how can i order here? Do you have any contact number for fast transaction?

Makes me wish that I waited for it before buying my olympus tough camera :(

the black edition is the one with the highest specs yet priced the cheapest?

Corrected. Thanks for pointing it out.