Back in December, Sakar International was allegedly working on an Android MILC which is dubbed as Polaroid iM1836. Well, turns out that the rumors are true and they recently unveiled the camera at CES.

Contrary to early reports, the Polaroid iM1836 will actually run on Android Jelly Bean, not ICS. But the fact that this camera is the world’s first Android MILC isn’t the only thing that’s startling about this camera. It’s detachable and rather slow 10-30mm f/3.0 – 5.6 kit lens also has its quirks too. 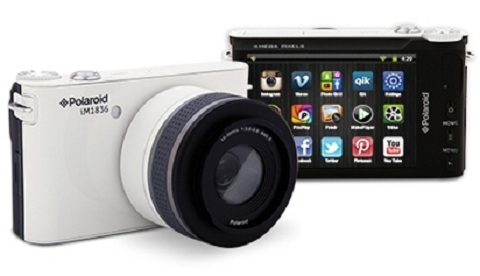 Instead of going with the traditional way of doing things wherein the sensor is found in the camera’s body, the IM1836’s 18MP sensor is actually placed on the lens. This sensor placement, according to Polaroid, lessens the possibility of having dusts on the sensor whenever a user mounts a different lens. We’re not sure how this will pan out, but it’s certainly a bold and interesting proposition from the well-known imaging company.

Other details about the snapper includes a tilting 3.5-inch capacitive display, WiFi and Bluetooth connectivity, Micro-SD slot for storage, a built-in flash and a peak ISO range of 3200. The Polaroid iM1836 is expected to hit the shelves within this quarter and its price (body + kit lens) is pegged at USD399.

I’m gone to inform my little brother, that he should also pay a visit this website on regular basis to get updated from most recent reports.

If the sensor is on the lens, doesn’t that mean way more expensive lens kits?