Let’s do a quick headcount of the current major players, we have Google’s Android, Apple’s iOS and Microsoft’s Windows Phone – the big three. Let’s throw in RIM’s Blackberry OS to the mix. Add those up and what you get is a very brutal and unforgiving mobile market.

Mozilla seems to have a lot of confidence though when they decided to develop their own â€œexperimentalâ€ mobile platform called the Firefox OS, AKA Boot to Gecko (B2G). Screenshots have been revealed giving us a glimpse on what we can expect from this upcoming OS.

Take a look below: 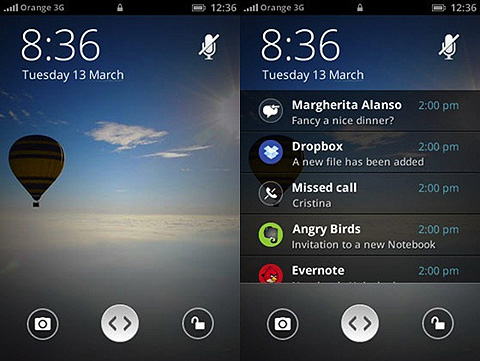 The whole OS is based on Linux and Gecko, and runs apps in HTML 5. The Foundation claims that it is faster, lighter and more open than Android. Personally it looks like a mix of Android and Meego. What do you guys think? Share your thoughts below.

This must be great if the price is right :)

This could be a competition to feature phones given its price point advantage. But to compete with Android and iOS? I don’t think so. Its got the looks of both iOS and Android but I just can’t sense the smartphone feel in here.

Firefox OS? No, thanks. Talk about late entrant.

the logo of evernote and angry birds are switched

the icons looks like from china’s knock offs smartphones or maybe there’s something wrong with my monitor..

If you think this is already great, just wait for “UBUNTU Phone”

75% of the apps on the Market can be ported “daw” which is really really good.

Apps that are built using HTML 5 for iOS and Android are mostly based from their mobile webpage counterparts like Facebook, Twitter, Yahoo Mail, blog apps (Engadget, Verge, etc.) so don’t expect your favorite apps, especially games to be ported to this OS immediately.

Wow! Hopefully it can be rooted to existing phones.

here is a video of Firefox OS

Smart will back this phone and Mozilla is targeting a below $100 phone.. it’s gonna be really cheap.

So if we use firefox os, chances are that the icons for angry birds and evernote get swapped?

“I see the light at the end of the tunnel!!”

I also see some bit of iOS playing there.
I hope there will be a demo video of playing with this OS. :))