Net Neutrality, as Wikipedia defines it,  is the principle that Internet service providers and governments should treat all data on the Internet the same, not discriminating or charging differentially by user, content, site, platform, application, type of attached equipment, or mode of communication. This is a fundamental principle of keeping the internet open for all. 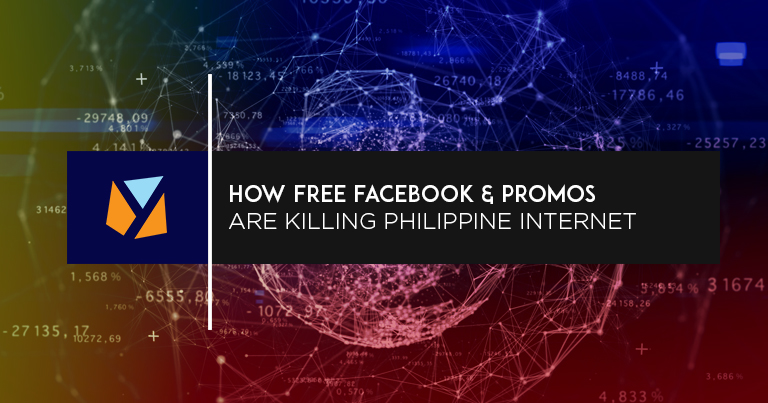 People don’t discuss it in the Philippines, because it is, after all, a very unpopular topic. All the telcos give us these free data add-ons for platforms, and in turn, we are expected to appreciate them for it – when in reality, we should just expect more data allocations and speed instead of free stuff.

But why should we say no to free stuff? Well, if we’re avid users of the brand, then it should be a win situation for us technically, but indirectly, we’re just feeding more power and money to the already bigger companies. If we dissect it, it’s a data promo from an already big Telco with Free Facebook (a massive tech company) and more from also big brands such as Spotify, Viber and Snapchat. By default, we are being pushed to get into these services, and from the perspective of small platforms and app developers, they are already be discriminated.

We should be able to get 150 MB of Spotify for the same price of 150 MB of another music streaming platform.

We should be able to get 150 MB of Spotify for the same price of 150 MB of another music streaming platform. (We all know this in another form: telcos themselves.) If our business environment discourages small competitors to compete with the bigger brands, we might soon be in the mercy of bigger brands.

So let’s look at Facebook’s Free Basics & Internet.Org. It’s no longer a hot topic, but we guess it would also be just right to bring it up to educate people on the background. A lot of advocates for Net Neutrality have been at war with Facebook, since its initiative to deliver internet to developing countries such as the Philippines, discriminates against other services by not including them in their efforts. Facebook claims that it just wants to connect people, but other groups of people see it another way.

In fact, it’s also a talk worth bringing up now because of Facebook’s efforts to enter video, and now more into ads & news with Instant Articles. Because Facebook is free, other services such as YouTube and other video content creators can face difficulty getting their content across, and their revenue will be affected.

The same is the story for online publishers such as us. By changing algorithms, Facebook has more bargaining power towards us so that publishers have to pay for Facebook’s Promoted Posts. When using Instant Articles, Facebook is able to monetize content that they didn’t really create. Once again, since Facebook is free – who would want to go out of the platform if they don’t have data to do so?

This isn’t a first world problem. In fact, it’s mostly a third world problem because we are the ones planting the seeds to grow into a wider network — and these companies want to control that future. India has already said yes to net neutrality, and they’ve banned Free Basics, so what should stop us from fighting against this too?

We’re not against Free Access to the internet. In fact, we want affordable to free data if the internet is a right. However, if one internet platform is free, then the rest should be as well. If 500 MB of Spotify Data is Php100, then any form of 500MB data should be Php100. Instead of asking for free stuff and add-ons, pressure our ISPs to provide overall faster and cheaper internet. Pressure our government to regulate the telcos and the internet. If you can, go outside the bigger platforms and support other good ones, even at a cost.

This fight is worth it, because we don’t want a discriminating internet in the future.

there is no free internet in this country.

I already thought of this sometime ago. And you made it more clearer for me. Good article. Hope it will be read by many. Godbless.

The Emancipation of Elusive Chanteuse

I have a case vs Globe http://www.elmerdomingo.com/2016/06/my-case-vs-globe-at-ntc-part-2.html and I don’t know if I should accept the settlement offer or go on and reclaim my old, unlimited package. Any atty here that can advise me what to do? :(

The internet is now a basic right, much like we’re using an electricity or water since it’s necessary to our daily lives.

You shouldn’t simply compare the prices with McDonald’s or Jollibee because it’s a luxury, so cook your own food then. :)

Great article! How I truly wish that people would come to their senses and realize your points, then all the pressure will be on the providers as well as the govt to provide equal opportunity to all content.

Parang nagreklamo tayo na si Mcdo namimigay ng FREE burger on Special occasions, and now we are demanding na dapat any item on their Menu should be given for FREE on that day.. or worst, that Jollibee and Wendys should do the same. Or kung 150pesos ang 2pc chicken sa Mcdo, dapat sa Jollibee ganun din.

Pretty sure this is not the ISP’s fault (sadly) but the people being stupid, as usual. We can only educate the people or herd the sheep into another platform of a lesser evil. And you should give your support to Kurzegesaqt for using their knowledge :P like maybe disabling your ad-block? or filter ad-block to allow ads on youtube? huh? huh? you free loaders…

Puny***! Also, your Mocha Usog Blog is making the Filipino people stupider than ever for your distorted posts and news :)

I’d rather have free Youtube or free Twitch because I use both of those services than I do Facebook.

Or bigger data allocation in general.