How to watch Duterte’s Inauguration online

The new President is set to do his oath-taking and step in as the country’s top head, and it’s such a bummer to have a work day when this happens. In any case, we present a few ways on how to watch incoming President Rodrigo Duterte’s inauguration on June 30th. 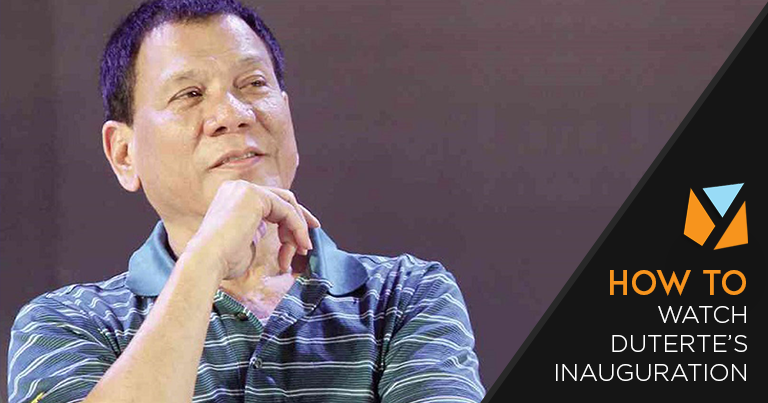 Social Media has been the President’s greatest key in winning the top seat, and it’s no wonder that they will also be using the platform to present the culmination of a long journey this year. The Presidental Broadcast Team  – RTVM (Radio and Television Malacañan) will be streaming the inauguration via Facebook Live, after the social media networking site offered help in sharing the historic occasion. You can bookmark their page here, for your reference.

Expect a lot of Pro-Duterte fanpages to do live streaming as well.

Adding to the already-present Facebook Live, RTVM will also stream the entirety of the inauguration on YouTube. You can bookmark or subscribe to this channel to gain early access once it’s live tomorrow morning.

Online news website Rappler will also cover the event with a livestream from their YouTube account. Check it out here, and bookmark so you can get back later on.

Smart Communications has also announced via its Facebook page that it will stream the oath-taking starting at 10:30am of June 30th. To gain access, one must be a Smart, TNT, or Sun subscriber (of course), and download ‘freenet voyager’ from Google Play or Apple App Store.

That sums up some of the notable online channels where you can watch the oath-taking in its entirety. Do let us know of other channels by commenting below!