Microsoft to acquire Linkedin for Php1.21Trillion

The Redmond giant just got the world’s most complex organizational chart: Microsoft has announced its acquisition of professional networking site Linkedin with an all-cash buyout of $196 per share, or a staggering USD26.2 billion, or roughly Php1.21 Trillion when converted to our local currency. 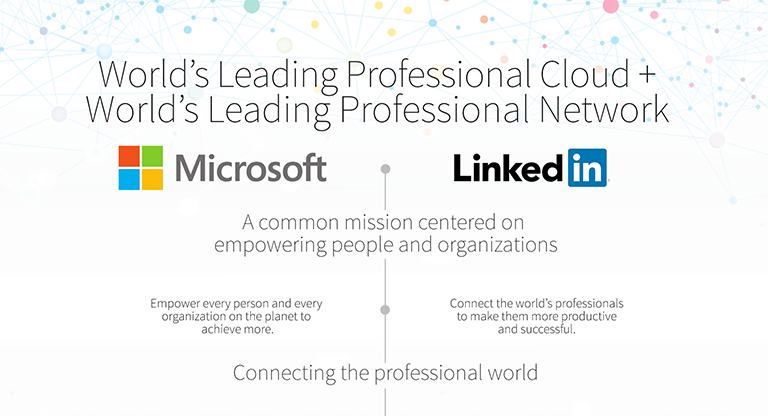 The said move was initiated by Microsoft CEO Satya Nadella, according to an email sent to Linkedin employees by their CEO Jeff Weiner. The latter will still be in-charge of the world’s largest professional site, while reporting directly to Nadella. Weiner also identified future plans for the integration of Linkedin’s services into the Microsoft ecosystem:

This new Microsoft acquisition is expected to complete before the year ends.