The DJI Spark is the company’s newest consumer drone that takes flying to a whole new level of easy. It boasts most of the features of the slightly larger Mavic Pro but adds a few more tricks to sweeten the deal.

It was launched by MSI-ECS as official distributors and we got a short hands-on time with it. Here are our first impressions. One of the key selling points of the Spark is ultra portability. The company has made it even smaller than the already portable Mavic Pro with its main frame only the size of a 5.5-inch smartphone. Stretching out of its body are four non-collapsible arms that are made of plastic. They feel solid

Stretching out of its body are four non-collapsible arms that are made of plastic. They are well-built and come as one solid piece as the entire chassis. 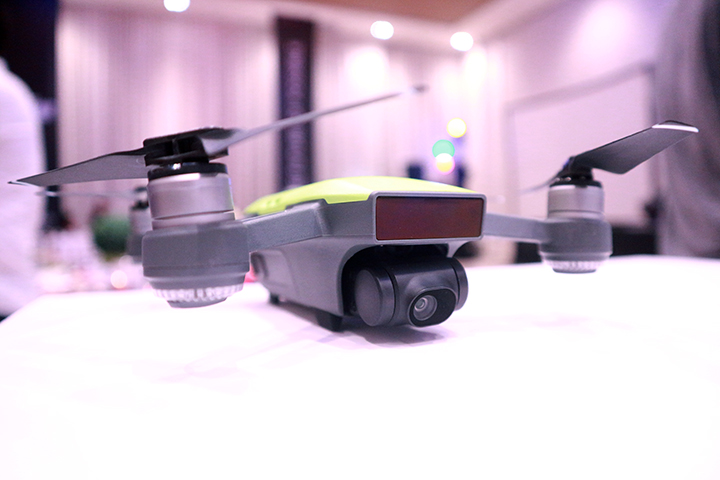 It carries a 1/2.3-inch CMOS sensor which is the same as the Mavic Pro’s, but the Spark has an aperture of F2.6. The camera is then mounted on a 2-axis gimbal and above it is the area where its obstacle-avoiding sensors are mounted.

The propellers remain attached most of the time and isn’t built to be taken off every other flight. They are replaceable, though, in case you get your drone into an accident. 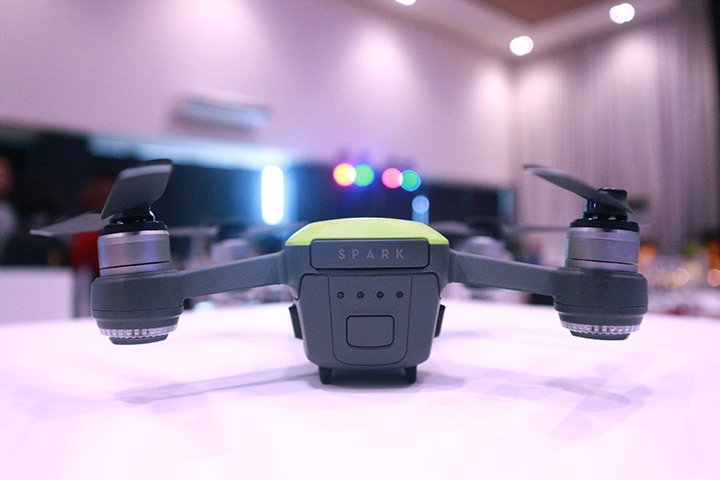 The spot where it says ‘Spark’ is where you’ll find a microUSB port and SD card slot. Meanwhile, just below it is the battery pack with a 4-level LED battery indicator. Looking at its underbelly, we see the downward-facing optical sensors for detecting the distance to the ground as well as the tiny rubber feet in which the device stands on. The 1480mAh battery is removable so users can easily swap and change them on the go. 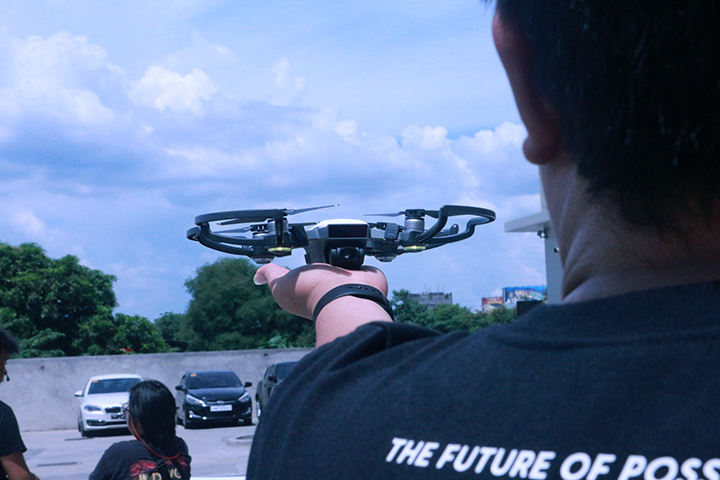 At just 300 grams, the Spark is very light and although its arms aren’t foldable like the Mavic Pro, it maintains a fairly small footprint so we don’t see anyone having problems having it around tucked inside a backpack. 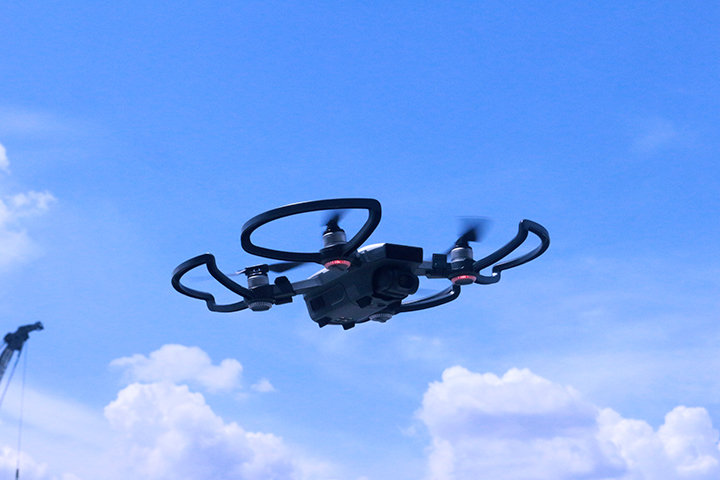 The DJI Spark offers new features not (yet) available on its siblings. There’s the PalmControl that lets you control it using only hand gestures and QuickShot for quickly selecting between different flying modes. 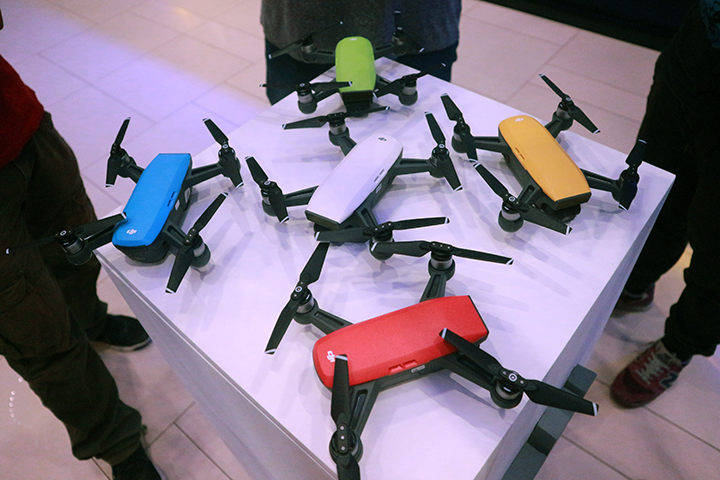 Official local pricing for DJI Spark through MSI-ECS starts at Php30,500 for the basic package. The Fly More Combo with extra two batteries, four pairs of propellers, a remote controller, propeller guards, a charging hub, a shoulder bag and all necessary cables is also available for Php42,700.

Watch the official video to see the Spark in action: