Saw this smartphone speakers at one of the Sony Concept stores in Taipei last month and it looks cool so I bought one. Have not had to chance to unbox it and test it until today though.

At first, I thought it’s only compatible with specific models of Sony smartphones but after trying it with the iPhone 5, HTC One and the Nokia Lumia 925, it guess it pretty much works with any phone. 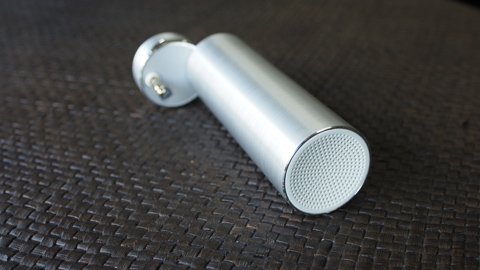 The speaker is powered by three triple A batteries that comes along with it in the box. Depending on usage (and volume), the battery life can lasts between 3 to 5 hours (you can also use rechargeable ones).

While the HTC One does not really need any external speakers (the build-in speakers are awesome), I thought of pairing it with the Sony speaker stand since both have the same white and silver paint job (aluminum body). The speaker has a built-in 3.5mm audio plug hidden from an expandable cap on one side. The cap head rotates up to about 180-degrees to adjust to the placement of the plug on the phone as well as the angle of position once the stand is put in place.

There’s no power switch or volume control so everything else is set from the phone itself. 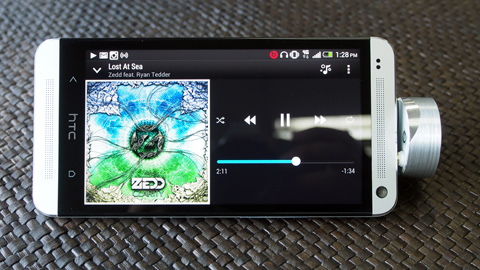 Sound quality isn’t the best in its category but for the most part, it’s way better and the volume is much louder compared to your typical smartphone speakers.

It looks good as a handset stand and does fine as an external speaker but that’s just about it. You can use rechargeable AAA batteries or probably use a 3.5mm cable extension if you want to use it with other devices. 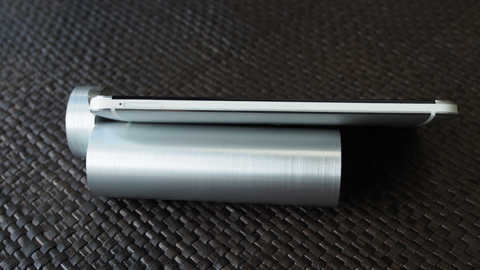 Apparently, this model has been around for about 3 years now but not sure if it was actually released in the Philippines. I think I bought it for about Php1,200 but online SRP is in the $39.95 range.