Harman/JBL has established their names as one of the reputable brands by producing some of the best audio equipment in the business, and their looking to continue that legacy with their latest on-ear headphone, the J88. Head past the break to find out more about this mid-ranged cans.

A lot of gizmos nowadays tend to have more style than substance, leaving serious consumers with only a few products to work with. Fortunately this is not the case for the J88, or at least not as worse compared to other cans on its league. 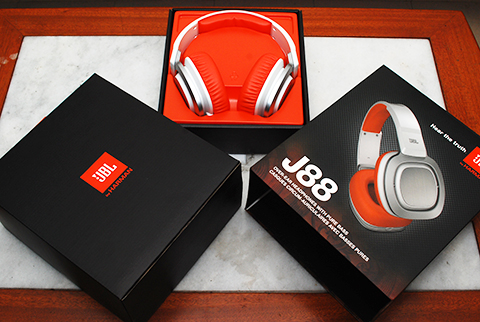 Instead of going for an over-the-top build, JBL went for a more straightforward approach in designing the J88. It’s got a non-glossy frame that’s reinforced with brushed aluminum to add more rigidity where it matters most (headband) and give the headphone a touch of style.

Luckily, the parts of the headphones that will come in contact on a user’s head are well-padded with cushy synthetic leather which, in the case of this review unit, is colored orange that gives it a bit of flare. Now, if you’re not in to this color, we’re glad to report that it’s also being offered on two other less-striking colors (White/Silver and Black/Grey). 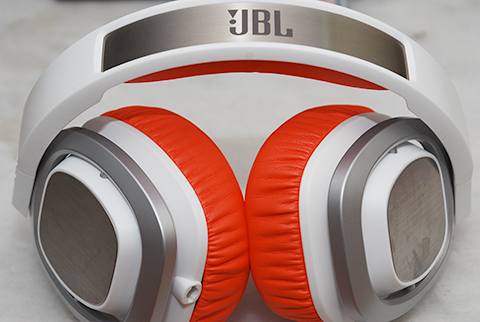 The J88’s cans are held together by two plastic pegs on each side and are suspended inside an oval plastic frame. This allows the cups to move back and forth to follow the contour of the wearer’s head. The plastic frames that hold the two cups are then attached to the headband and can be swiveled at an 180-degree angle, making it easy for it to be stored inside its pre-bundled carrying pouch.

This one comes with a detachable, 1.3-meter long “tangle-resistant” cable that follows the unit’s overall color motif. Both ends of this cable terminate to a standard 3.5mm jack and are slightly reinforced to lessen the instance of breakage due to bending.

Even though this headphone wasn’t advertised to have noise-cancellation feature, the J88i was able to cancel out some of the external noise thanks to its close circumaural form factor and the firm clasp brought by steel-strengthened headband. It’s not in the same league as those battery-operated cans, but it’s still worth noting nevertheless. 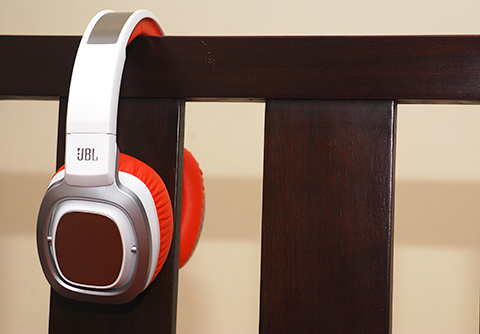 This is also the case for noise isolation. Although a fair amount of the sound still creeps out of the can, it does a slightly decent job of locking in the sound enough for your tracks to not be heard by someone else in a medium-sized room. It’s a different case though when you’re inside an elevator.

The J88 prides itself on its 50mm drivers that, according to JBL, allow it to “deliver deep, dynamic, hard-hitting JBL Pure Bass”. That’s quite a tall statement isn’t it? But how does it fare in real life?
Marketing BS aside, the J88 does what it says on its box; produce bassy sound output. Now, depending on music genre you typically listen to, that can either be a good thing or not. As such, we tested various tracks from different types of music to see which one fits (rated poor, average, best).

Test environment:
(24 hours of burn-in was done prior to the actual test)

While listening to these ten songs, we can definitely attest to what it says on its box. In fact, there’s a bit too much bass that it tends to slightly drown the mids and highs resulting to a slightly muddy output. The J88 sounds great on tracks like Forever Loving Jah as you can hear every chest-thumping riff that Aston is making on his bass guitar while being mesmerized by Bob’s soulful voice.

However, in “Here comes the sun”, McCartney’s bass sounded a little too overwhelming to the point that it became quite tricky to discern George Harrison’s lovely tunes on his acoustic guitar, especially when all the instruments are playing at the same time. This was also the case with “Usok” and “Indak” where even Lolita Carbon and Armi Millare’s powerful voices were a bit sidelined by the awesome handiwork of their respective bassists. 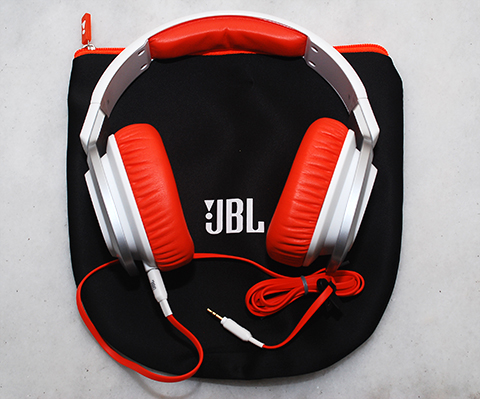 One thing we also noticed with the J88 is how well it handled sibilance even at 80% volume. This is evident on the song “Warning” where the “S” on Brandon Boyd’s words were free of hiss, as well as Pasillas’ hi-hat and cymbals. The percussions lacked some sparkle which, again, probably due to the slightly overpowering bass.

We think that JBL has a keeper on the J88i. It has a perfect balance between style and good audio performance that most casual listeners will definitely appreciate. Moreover, it’s got a decently-constructed body that would certainly last you for quite a while. That is of course if you don’t bang it to the wall whenever you hear “Na sa’yo na ang lahat” on the radio. 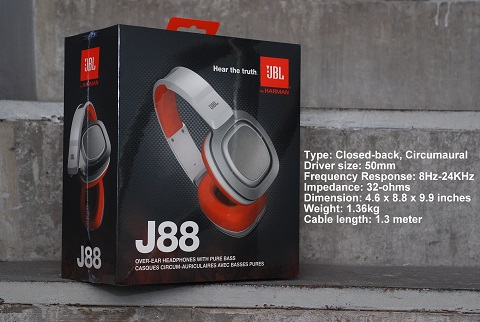 Bear in mind though that we’re talking about casual listeners here. Although the J88i provided us with good overall sound quality, it still doesn’t have enough to go head-to-head with the greats in the sub-$200 division like my ATH-M50. That said the J88i will have a difficult time hitting the spot with the picky audiophile crowd.

The JBL J88 can be had for Php6,690 and is now available at Harman/JBL concept store at SM Megamall Cyberzone and other partner retailers.

What we didn’t like:
• Tends to be a bit too bassy for our liking
• Slightly bulky cups