realme has just launched some new products to expand its growing gadget ecosystem. The new realme Watch 2 series and realme Buds Wireless 2 Neo are more of our standard fare, but this — the realme Motion Activated Night Light has also piqued our interest. 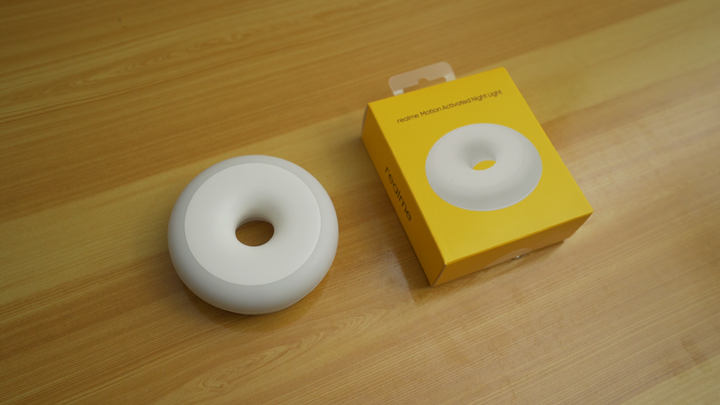 The name of the product itself explains exactly what it is. It’s a battery-powered light that you plant somewhere, and it turns on upon detecting motion.

The light is shaped like a donut with only one side containing the LEDs. The outer ring lights up, while the inner portion is just opaque white plastic. On the opposite side, we get the back cover. 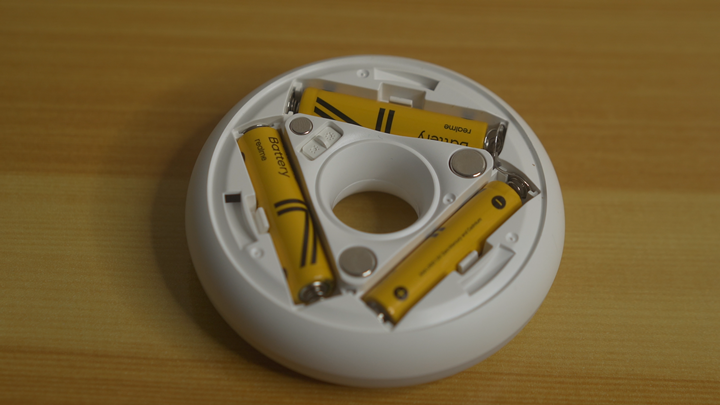 Setup is very simple, as all we have to do is slide off the back cover and pop in the three included AAA batteries. realme claims a 365-day battery life, which is impressive. Also under the back cover are a switch to control the brightness, as well as three strong magnets. 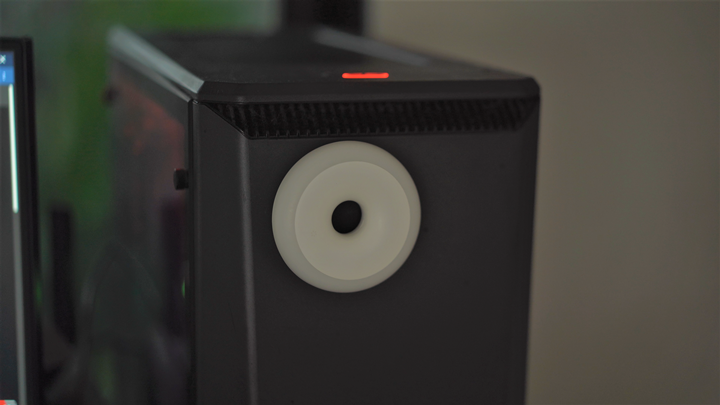 These serve as the primary mounting option for the light, as you can pretty much just stick them to any ferrous surface and be done with it. The included base also contains ferrous metal, which lets you lay the light flat on a surface while keeping the back cover protected. For example, keeping it on the bathroom sink. 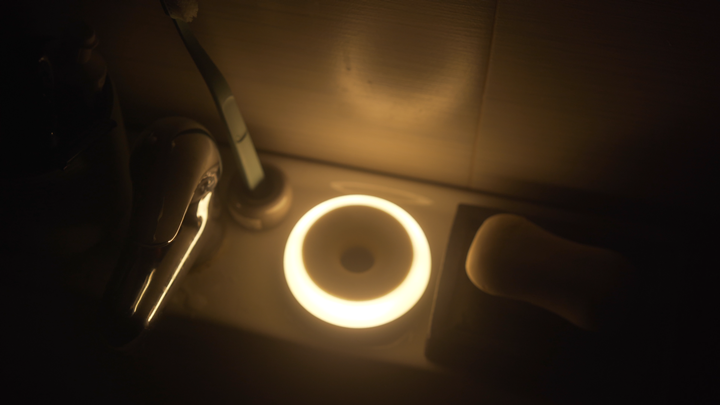 However, using the magnets on the back isn’t the only mounting option you get. The ring design allows you to use the center hole to hang it up with a string or hook. A good use for this setup is inside a closet. 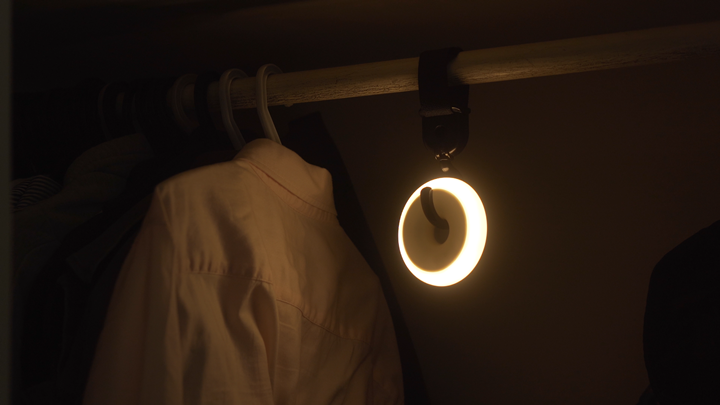 While it’s a pretty simple product, I would still classify it as “smart”. It doesn’t just simply turn on at any instance of motion. It utilizes a combination of an infrared motion sensor and a light sensor. The light generally only switches on when it detects an actual person nearby and pretty much only works in the dark. It’s “smart” because it’s taking more than one dynamic input into consideration before executing its task.

Upon activation, the light stays on for 15 seconds before automatically shutting off. However, I’ve found that it also works well as a cool little flashlight as it stays on while holding it in the dark — pretty convenient given that it’s battery-powered and you can just grab it from wherever you mounted it. 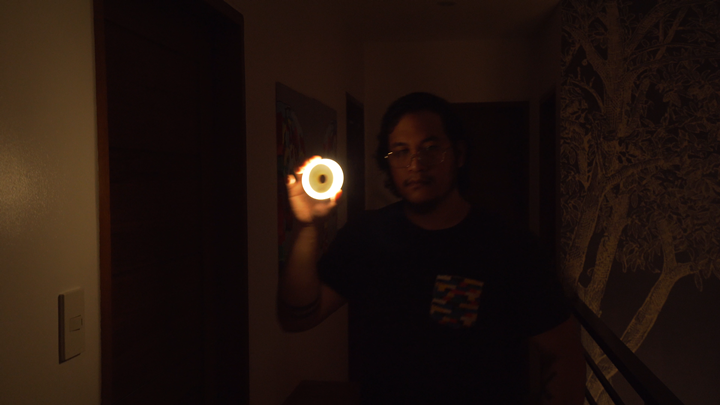 The LED light itself is very well-diffused and has a 2800K color temperature, which is quite pleasing to the eyes especially at night. While the two brightness modes are nice to have, I do wish there was more control in this area. A manual on-off switch would also have been nice, just to provide more options.

Aside from those two missing things, the realme Motion Activated Night Light is a solid smart home product that shows realme taking a step in the right direction with regards to their AIoT ecosystem push.

It gets a price tag of PHP590, which sounds like a steep price for something so simple. However, its stark simplicity is what makes it shine.