ASUS has finally made their new top-of-the-line gaming monitor, dubbed as ROG Swift PG278Q, available in APAC and Europe markets, and is immediately looking to lure in gamers with its 27-inch WQHD panel, not to mention support for NVidia G-Sync and 3D-Vision. 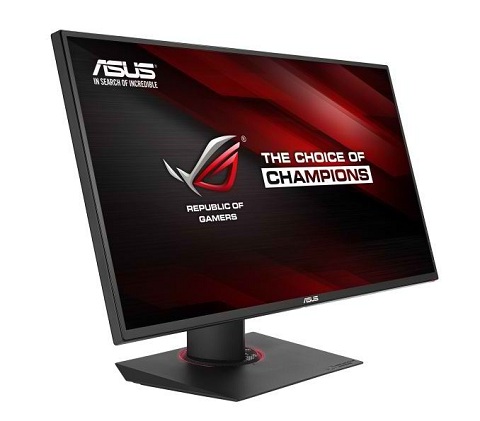 Touted as the “First and Only WQHD G-Sync fast gaming monitor”, the ROG Swift PG278Q was quite the head-turner during this year’s CES because it offers extra features that one wouldn’t typically see on an ordinary gaming monitor.

For starters, this 27-inch monitor boasts a 2560×1440 resolution with a wide viewing angle that’s said to range from 160-degree up to 170. In addition to that, this sleek monitor features a 1ms GTG response time and its Refresh Rate can go as high as 144Hz.

As you would expect from monitors with this kind of feature set, the SRP isn’t going to be wallet-friendly to say the least. That being said, if you’re eyeing the ASUS ROG Swift PG278Q, prepare to shell out an eye-watering USD799 for it.

Update: According to an ASUS spokesperson, the monitor will be available locally around the midway point of September and will be sold for Php45,000.