Hisense has launched in the Philippine the Hisense 100L10E 4K Laser TV with a 100-inch display. Check out its features and price below. 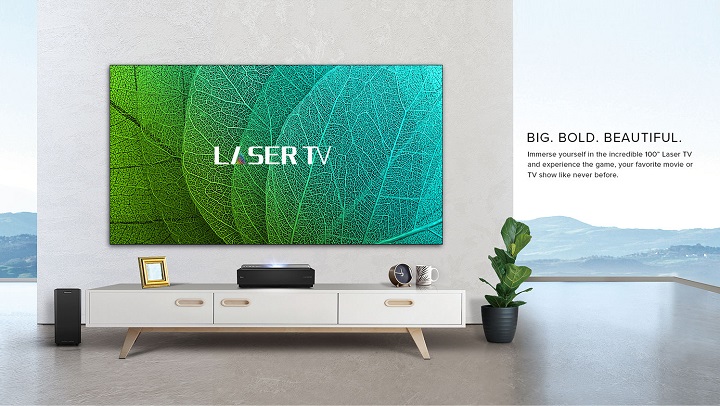 The Hisense 100L10E is not your typical TV with a large screen. Instead, it uses a Laser Light Projector Technology called X Fusion that is housed in an Ultra Short Throw Laser Projection System. It allows the Hisense 100L10E to cast a 4K image at 100-inch size even though the system is just situated only 8-inches away from the wall. The Hisense 100L10E features the company’s Vidaa U OS with apps for YouTube and Netflix, as well as Harman/Kardon Audio Solution that features four embedded Harman/Kardon speakers and dbx-v sound effects. For safety, it is equipped with a safety sensor that makes use of Class 2 lasers, which are approved for household use.