Aside from smartphones and home appliances, Samsung is known for its quality when it comes to televisions and displays. Today, I got to test out the Samsung UR59C Curved monitor. See how it fared in my hands-on below. 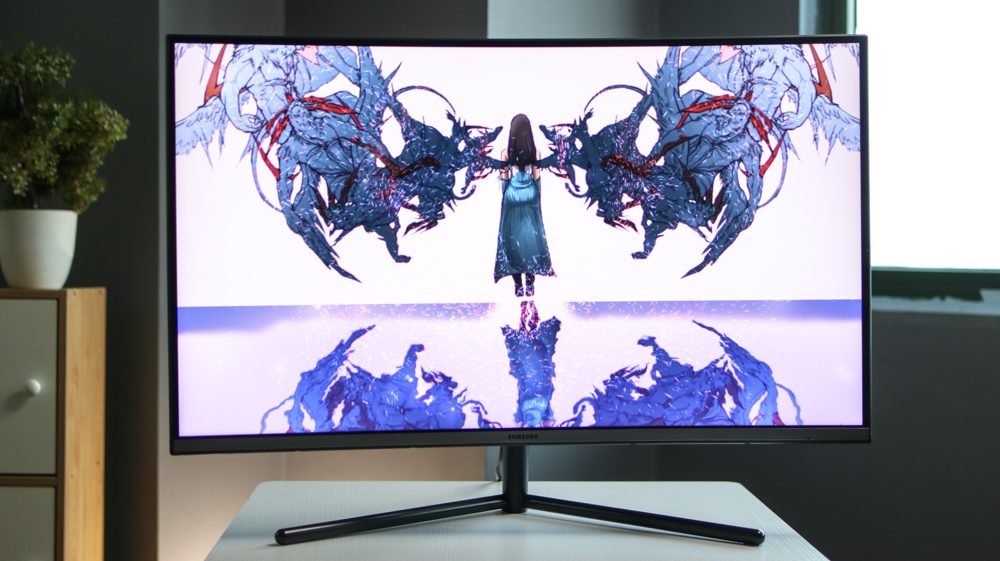 The Samsung UR59C is a 32-inch monitor that has a 1500R curvature that looks great in every angle you look into it. It has slim top and side bezels which are ideal especially if you are fond of watching videos, gaming, or even doing content creation. 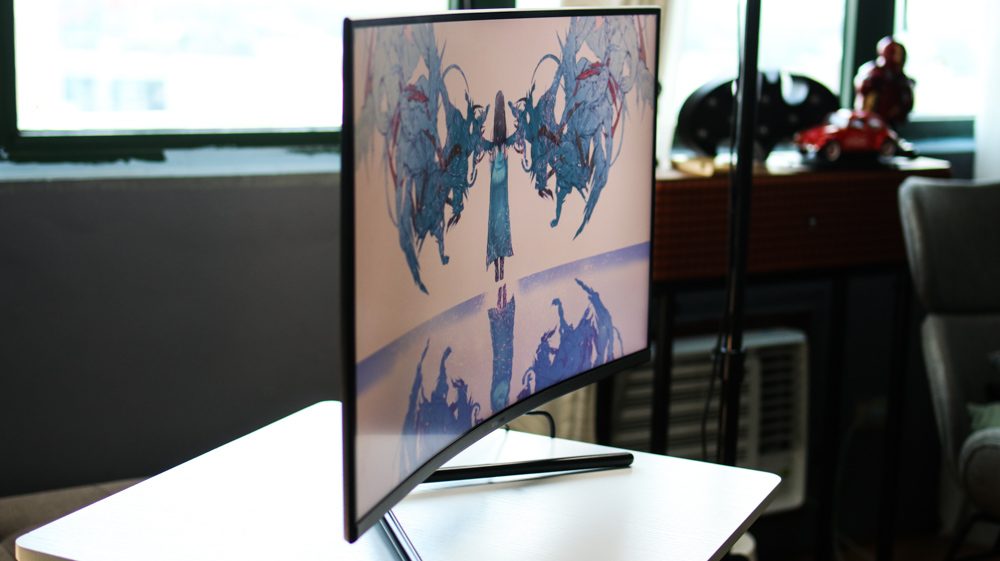 The bottom bezel houses the Samsung logo in the middle while a single Blue-LED notification light is located at the right. It lights up whenever your monitor is plugged in but is not turned on. 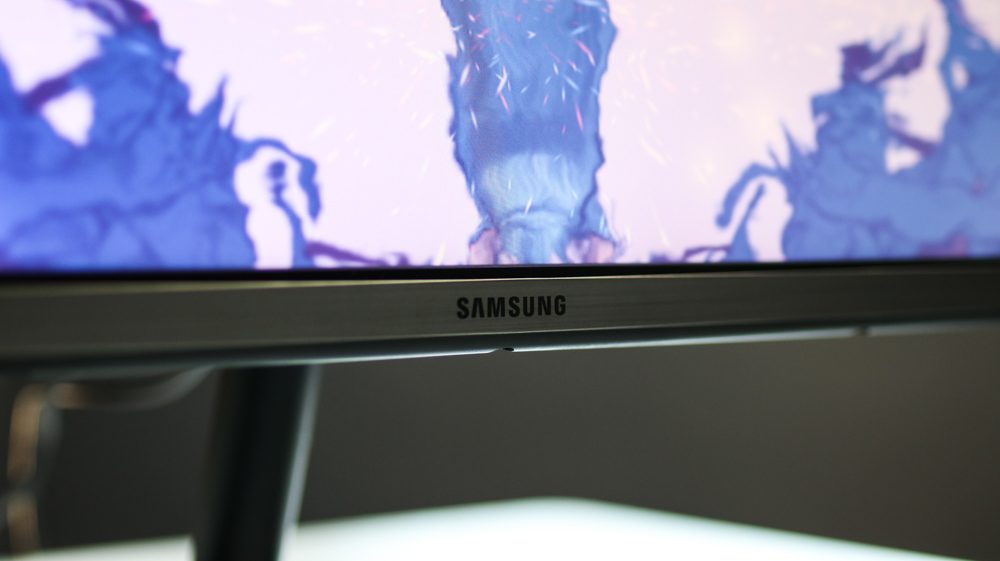 The matte textured back has a circular cover located on where the TV’s stand is connected. Removing this will show you four ports namely HDMI, DisplayPort, Headphone, and AC ports. 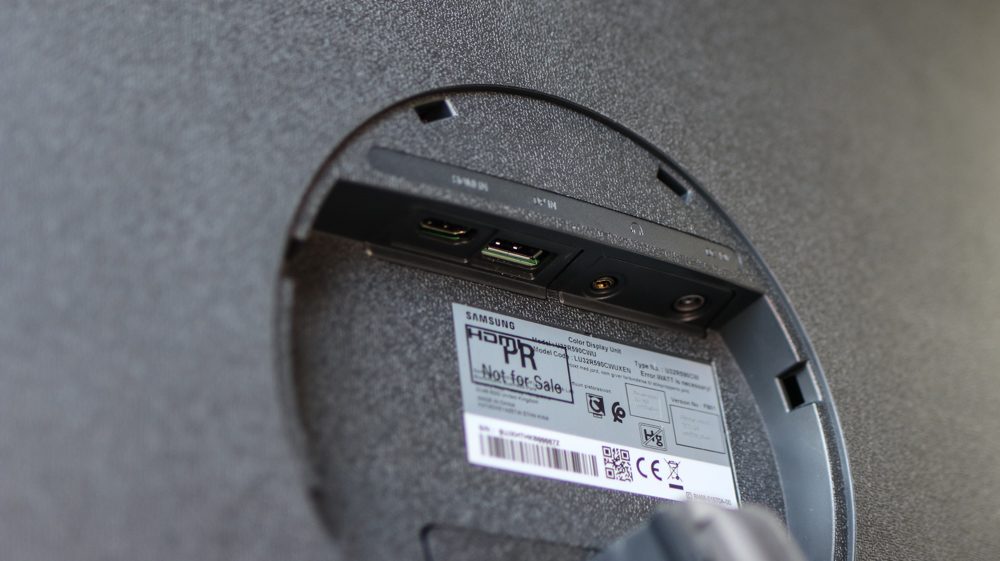 You can also remove the stand cover so you can put any kind of wires inside to avoid octopus wiring behind the monitor. Looking to the far left side of its back, you’ll see the power button which also serves as the navigation stick for the monitor. It switches the monitor on when pressed, but it also pulls up the menu when it’s pressed while the monitor is running. 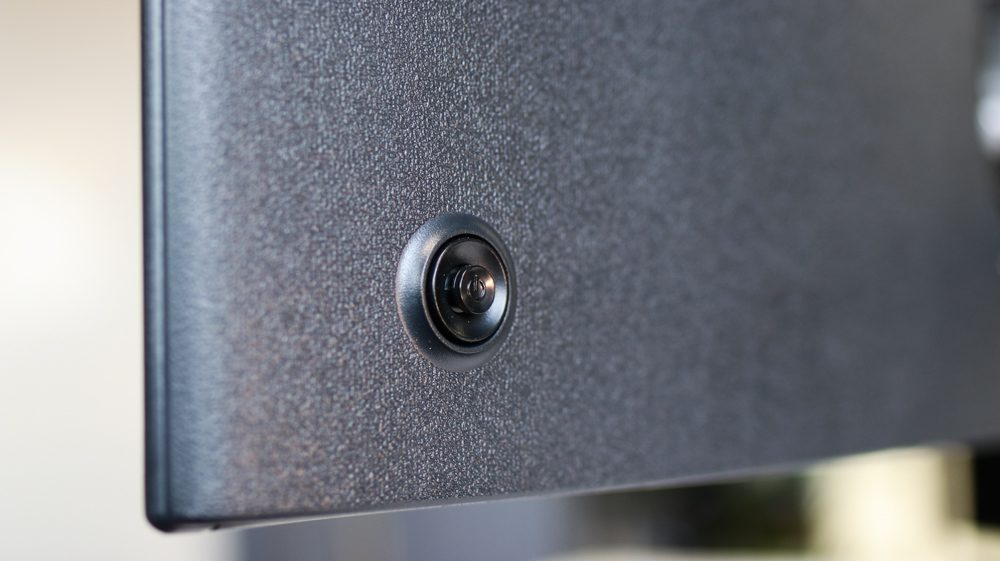 You can adjust the brightness, sharpness, contrast, and color of the display. There is also an Eye Saver Mode which protects your eyes from the harmful blue light in the screen. 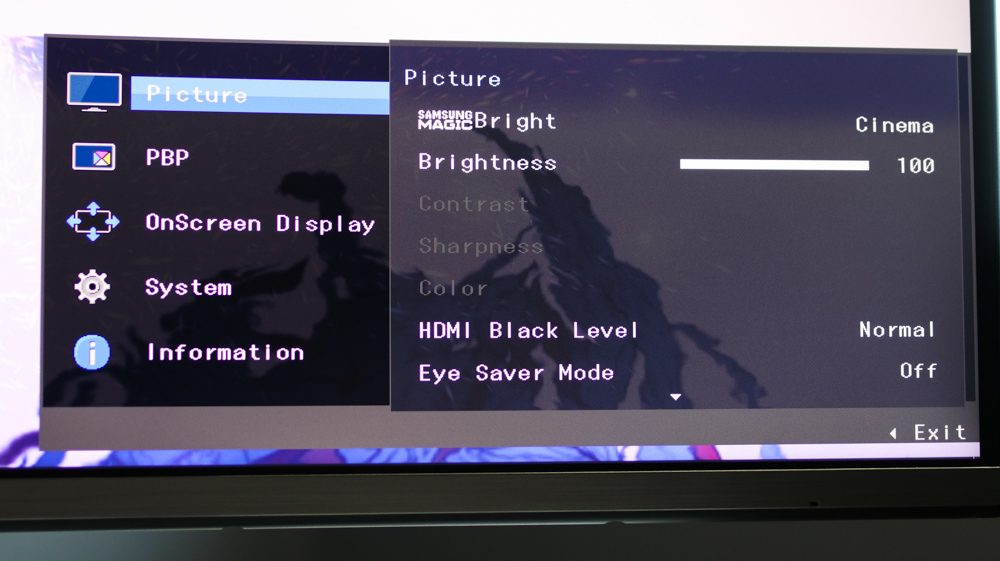 You can also activate the Picture by Picture (PBP) mode, allowing you to split your screen in half to output two different sources in the monitor. 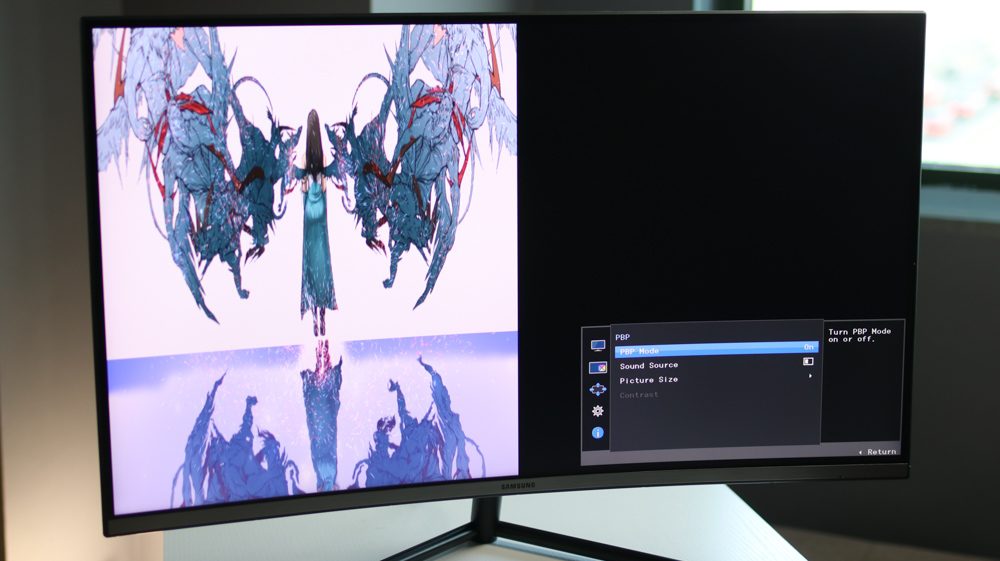 The UR59C is relatively heavy so I suggest that you carry it with two arms if you want to transfer it to places. The monitor is also relatively slim which makes its overall design good. 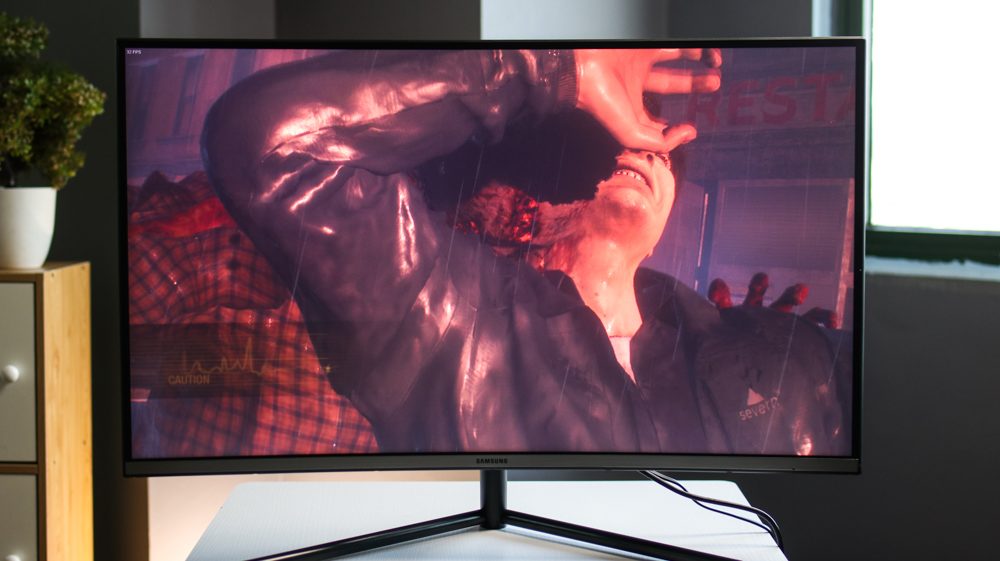 The Samsung UR59C comes with a 4K resolution which means that I can watch and play games that have crisp and sharp details. The color reproduction is good when I plugged in my laptop in it. Too bad that my laptop can only go as high as 1080p, but seeing the display in a 32-inch monitor is pretty cool.

Playing games such as Resident Evil 2: Remake and Tom Clancy’s Rainbow Six Siege makes the gaming experience more immersive given the monitor’s size and curvature. Even if you are on the right or the left side of the monitor, you can still see most of what’s happening on the screen. You can also turn on Game Mode to optimize image contrast in the games to make it even more immersive. 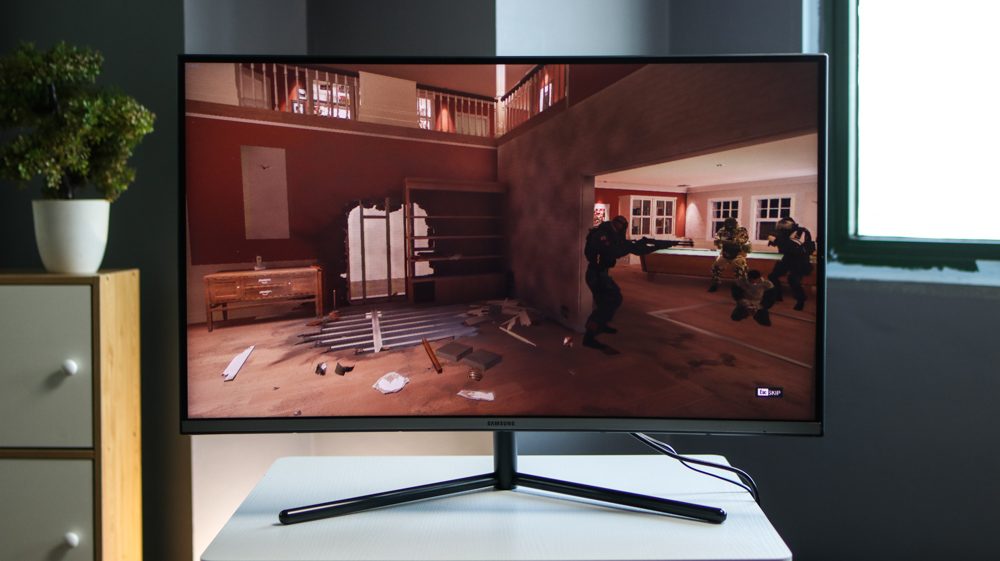 The Samsung 32-inch UR59C Curved 4K UHD Monitor is a great find for PHP 27,199. However, one beef I have with this monitor is that instead of 60Hz refresh rate, the device could’ve had at least 120Hz if they want people who are fond of playing First-Person Shooter games to get it. Overall, gives good immersive experience if you are into watching or streaming videos, gaming in general, and content creation. 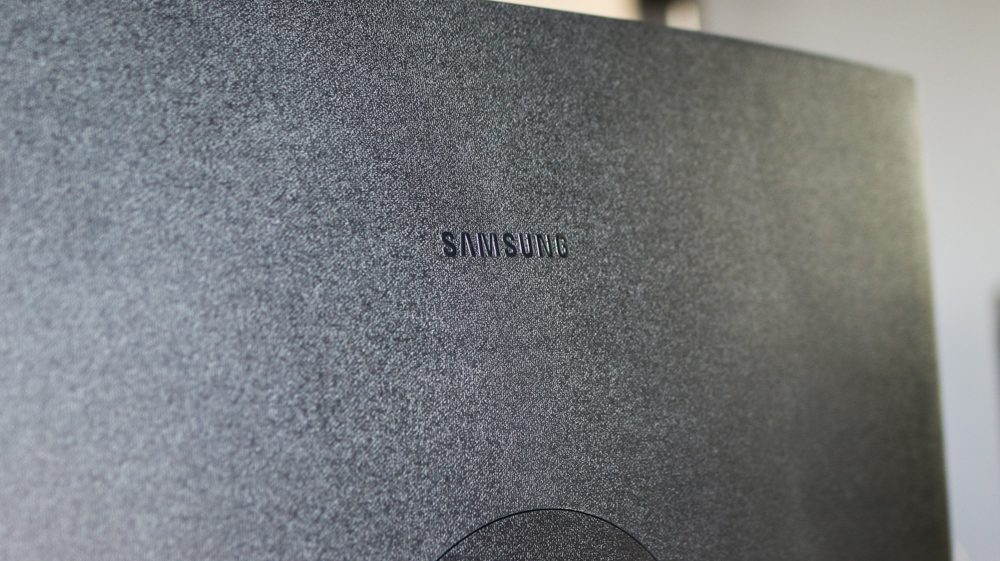