We first saw this curved monitor during the Samsung SEA Forum back in February. We asked the local Samsung reps what would be the landed price when it reaches the Philippines and they promised to work on it so the price will be under Php50k despite the $1,299 MSRP. We’ll it looks like these monster curved monitors have arrived and selling for Php56,900. Not quite there but at least it is still significantly lower than the Php73k 34-inch Dell Curved Monitor we saw a couple weeks back. 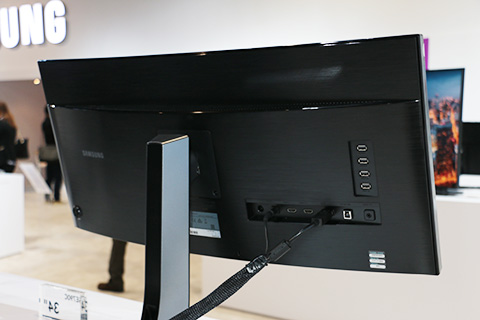 This monitor has a 21:9 aspect ratio, 3440×1440 pixel resolution (ultra WQHD), 4ms response time and a maximum brightness of 300cd/m2, 3000:1 contrast ratio. Connectivity options include USB 3.0 hub, 3 USB 2.0 supercharging ports and 2 HDMI ports. It also supports PIP 2.0 or Picture-by-Picture for split screen for multi-source viewing (splits the screen by half based on two separate input channels).